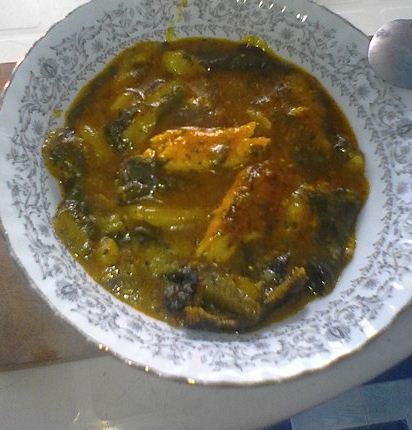 Tips You Need on African Food and Male Sexual Potency

Ekwang is a traditional Cameroonian dish which is prepared with grated cocoyam’s enwrapped with cocoyam leaves. The cocoyams are then slowly cooked with palm oil, crayfish, and a few other African traditional spices to make it a nutritional powerhouse. Ekwang recipe is popular among the Bafaw community from Southwest Cameroon, and it’s been known to offer strength and enhance sexual potency in African men, hence American Mandingo.

Yeah, let’s talk about that. American people, especially ladies, rarely use the word Mandigo in the right sense. When you use it right, it’s the name of an African tribe in West-Africa who speak a form of Mandin languages. Spread across Mali, Guinea, Gambia, Senegal, and Ivory Coast, they maintain a variation of their tribal name which are Mandingo, Malinke, or Mande. But, the American slang has snatched this word and reformed it to mean something entirely and unbelievably different!

Now in the United States, an African dude from the Madingo tribe has got to be careful declaring where he comes from hence he’s mistaken for having a very large or beyond an average size genital. Of course, this won’t necessarily be a bad thing if this is the case. It’s a bummer, however, if he fails on that assumption!

It’s a fact that African/Black men are strong. The will to live; to survive and to populate the world is always there from ages. You can feel this in their spiritual and psychological resilience. And physiologically? There was something those slave owners knew about the potential and the ability of an African slave that hardly the slaves knew themselves. Blacks don’t crack.

For ages, Africans have relied on certain foods for their vitality. Until recently, a typical African man fathered an average of 10 children. We know of some African men who directly father from between 24 to 35 children in their lifetime. When you do the math of how much “sleep” each of these guys got, you’ll know that the only possible secret to that “high level productivity” is food. These men knew nothing called “multivitamins” as we know now.

And so among these distinct African foods that have been known to build and wholistically sustain Black men stamina and endurance is Ekwang. As mentioned above, the traditional home of Ekwang recipe is Cameroon. Other parts of sub-Saharan Africa have their own variation of meals that are Ekwang recipe based. Though the dish may be associated with the Bafaw people, to most Cameroonian wives, Ekwang is the secret to their husband’s heart. All they need is to prepare a perfect Ekwang for their husband, and they will get all that they need, and some more.

In Nigeria, especially among the Ibibio tribe (located in the South-Eastern part of Nigeria), women also use Ekwang, aka Ekpang Nkukwo, to please their husbands. Though its preparation requires time, it is worth it. And today, we bring this Cameroonian secret dish right to your kitchen.

But before getting into the meat and potatoes of our today’s recipe, let’s look at Cameroonian dining culture.

Must Read: 5 Breakfast Recipes to Vibe Up as Cities Reopen

Cameroonian cuisine is a blend of local, French and Portuguese flavors. Like most Central African countries, the cuisine felt here comprise of staples like yams, maize, plantains, and rice. Fish is the primary source of proteins.

Three meals are served in a day with the evening food being the main dish. When food is ready, Men serve their food first, followed by women. Kids are required to be a bit patient until dining is over for them to enjoy the leftovers.

Guests are not allowed to bring food. Bringing food could imply the host is incapable of providing.

Tip: To avoid your fingers to come out wrapped, make sure you cook under medium heat and avoid over stirring.