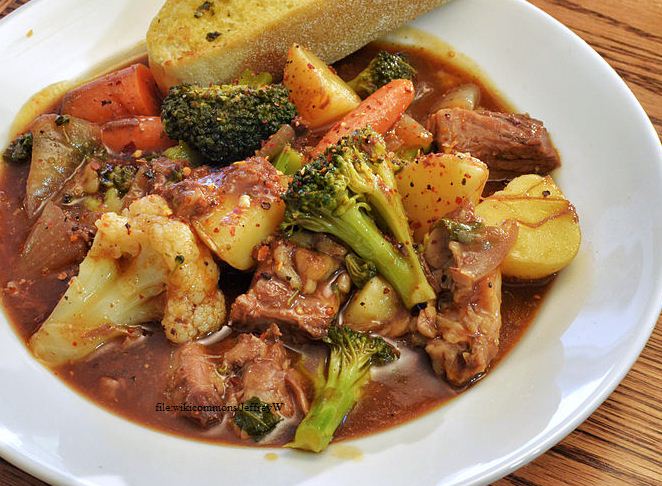 Mabhonzo Emombe is a traditional delicacy from Zimbabwe. The dish is prepared using beef bones and traditional Zimbabwean Cuisine spices, which are slowly cooked to bring out the real authentic taste of African cuisine. And today, we will teach you how to prepare a tasty Mabhonzo Emombe. But before then, let us have a quick look at Zimbabwean culture.

Zimbabwe is one of the culturally diverse African countries, which for years, has maintained its traditions. As culturally diverse as it is, so is its cuisine. The country is divided into two groups-the Shona (majority), and the Ndebele (minority). The rest of the population has ancestry in China, Mozambique, England, and South Africa. English is the national language, but almost the population is Bantu.

Though Zimbabwe is ethnically diverse, everyone is expected to follow the norms. Men and women have different responsibilities they play. Though both genders execute some activities, customs do not allow for some.

For instance, looking after cows is done by men, and it’s a taboo for women to take up the role. Cows are valued, and aside from providing milk to the family, they are used in dowry payment.

Women bear and raise children as per the community traditions. According to the Shona community, when a family ushers a child, the umbilical is buried next to the kitchen. Traditionally, the move is a way to show the secure connection of the new member to the land.

[bctt tweet=”In Zimbabwe, when a baby is born, the umbilical is buried next to the kitchen to symbolize strong connection to the land”]

Any child or member of the community who does not have good morals is treated as an outcast.

Now let’s switch our focus to our recipe.

Mabhonzo Emombe Zimbabwean Cuisine is a straightforward dish to prepare. Though the cooking process requires patience, the nutritional benefits are amazing. If you love Mabhonzo dish, you may also like:

An Ultimate Guide on How to Prepare Eru the Cameroonian Style