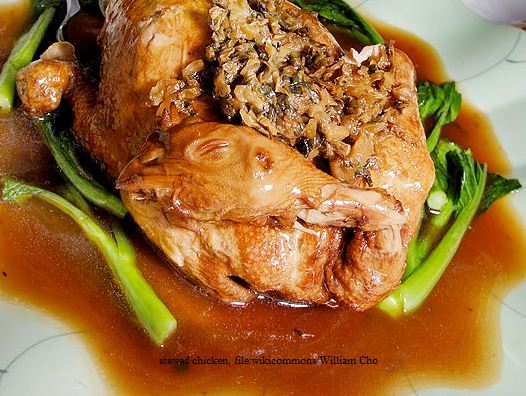 Ingoho is a stewed chicken prepared by the Luhya community in Western Kenya. They are of Bantu speaking tribe believed to have migrated from the very Bantu origin which is around the ares named Cameroon. Others believe that the Luhya tribe of Kenya migrated from Egypt.

Luhya’s Chicken is one of the most treasured meals in the community. While some communities view chicken as a meal, to the Luhya community, a chicken is a symbol of acceptance and peace.

The community observes strictly certain traditions that are quite striking. Though women take significant lead in the food preparation process of chicken, when a Luhya woman is cooking chicken for the family, she is not allowed by traditions to eat the Imondo (gizzard). Eating it is a taboo.

[bctt tweet=”In Luhya community, it is a taboo for women to eat Imondo (gizzard)”]

There is another important Luhya tradition to mention here. When any members of the in-laws family pay a visit for the first time to the house of their bride-to-be, they must not be served any meal that contain Ingoho (chicken). Serving in-laws with chicken before they pay the bride price indicates that the elders are not ready to accept the dowry that the in-laws will present to them. In others words, “you can’t and you aren’t marrying our daughter.” Serving chicken to any potential suitor and/or members of his family is a communication code, and you’d better not do it unless you really mean it.

Another interesting one: according to Luhya norms, men are not allowed to enjoy meals together with the rest of the family. Men are served food in the sitting area …say the living room, or outside in the balcony. Mothers and kids, on the other hand, enjoy theirs in the kitchen.

There’s more. Sneezing repeatedly before taking an important task is considered as a bad omen. Cutting both fingers and nail toes at night is a taboo. The Luhya believes that evil spirits may come to haunt you either that night or the nights that follow. Sweeping the house or throwing trash at night is prohibited, as it is considered as throwing good luck or wealth.

[bctt tweet=”In Luhya community, cutting toes and nails at night is a taboo and evil spirits may haunt you”]

The Pythons in Luhya are sacred, and killing them is a taboo. When a woman climbs on the hut roof top, she is considered to be on a mission to destroy her husband.

[bctt tweet=”Killing Python in Luhya community is a taboo”]

Now let us switch gears and learn how to prepare Ingoho.

Ingoho is one of the sumptuous dishes you can’t resist. The delicacy is perfectly seasoned to leave you begging for more. Why not try it out and share with us your experience. If you love this dish, you may also like: