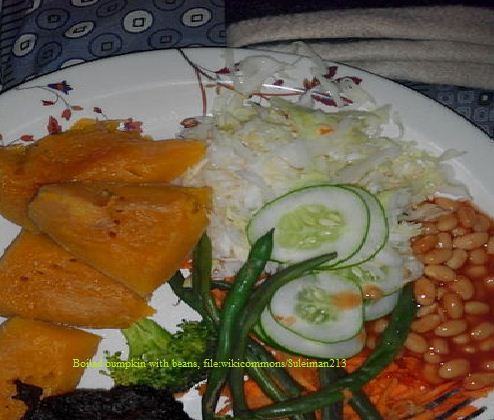 Bordering Burundi, Tanzania, Congo, and Uganda is Rwanda-a Nation with a thousand hills. The country has only three ethnic groups; the Tutsi, Twa and Hutu, and diverse cuisine. The Hutu speaks Rwanda-Bundu as the official language and they constitutes 84% of the Rwandese population.  The Twa group speaks Bantu, and accounts for just 1% of the community while the Tutsi accounts for 15% of the population and they speak not only their native language but also French as their second language.

Each ethnic group in Rwanda has a distinctive cuisine that sets it apart from the rest. The country relies on agriculture, and most delicacies prepared here comprise of staple crops. The dishes vary significantly across the country, and some may feature different preparations. One of the mouthwatering recipes you can never miss in this great land is Ibihaza. The meal comprises typically of pumpkins and beans. Though simple, it can be great for vegans.

[bctt tweet=”Rwanda is hilly with only three ethnic groups “]

One unique feature of Rwandese food is that it is simple. Most do not have spices, while others are lightly seasoned. Like in most African countries, cooking in Rwanda is done by women. Selling food along the streets of Rwanda is not allowed. Meals and drinks are enjoyed in restaurants or homes. When food is ready, women serve as per African traditions.

Washing hands before eating is mandatory. Visitors are welcomed with food or drink, and turning down the gesture is regarded as rude; an insult to the ancestors. Beer is only for men, and women are not allowed to drink alcoholic beverages of any sort. Talk about gender discrimination! Booze are only for men in Rwanda! Women drinking alcohol is viewed as against “their African” traditions.

[bctt tweet=”In Rwanda, visitors are not expected to turn down food or drinks offered to them. Doing so is termed as insult to the ancestors”]

Ibihaza is a tasty dish to enjoy with family and friends. Its preparation is simple and does not require a lot of ingredients. Why not try it out and let us know. Goodbye for now, and see you on Saturday for a new recipe. I leave you with some proverbs from Rwanda.

The most extensive land is the human stomach

The guest is a prisoner to the host

How To Bake A Lip-Smacking South African Milk Tart (Melktert)