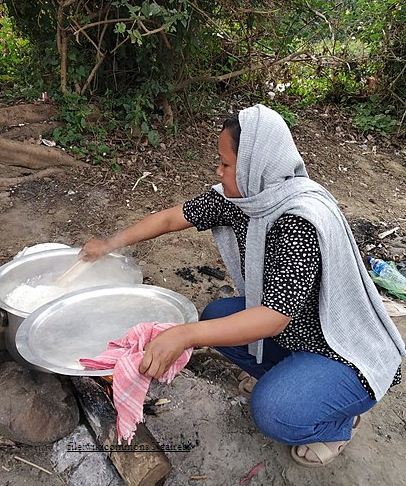 How To Prepare Mushaari: One of the Best of Somali Cuisine

Mushaari is a Somalia Recipe porridge that is enjoyed during breakfast. The porridge is loaded with mineral and vitamins to keep your body nourished, which really sets it apart from any regular porridge.

Though it’s mainly prepared during the Muslim’s Ramadan and Iftar seasons, it can be enjoyed any time of the year. And if you have been to Somali, you may have probably had a taste of this special porridge. If you haven’t, no worries as we are going to bring Mushaari Somalia recipe right to your kitchen through this post.

But before we roll our sleeves and get down to cooking, let’s have a look at the culture of Somali.

Somalian culture is a blend of other cultures, and this was as a result of interaction with its neighbors from other parts of Africa, India, and particularly, Arabia Peninsula. Due to their love for poetry, Somali has managed to maintain its culture for decades. In fact, Somali’s stamp on poetry is so registered that they are dubbed as the Country of poets.

Somali is also famous for its rich musical heritage which defines her contemporary and historical culture. Most Somalians are Muslims except for a few.

Handshakes are popular, but for people of opposite sex, this form of greeting isn’t advised. Verbal exchange and gestures are used instead.

Somalia culinary art may vary from one region to another. Her culinary traditions are a blend of Italian, Turkish, Arab, Indian, and East Africa. All meals are prepared and served by women. Pork is prohibited since they mostly follow Islamic law.

Like other Muslims, Somalians are expected to fast during the 9th month of the year the month of Ramadan. The fasting requires people with good health from the age of 15 and above to skip food and drinks from dawn to dusk. Abstinence from sex is also a must.

However, fasting is also done at any time of the year when looking for more spiritual purification. When girls are on their menses, they are not allowed to fast.

[bctt tweet=”In Somali, fasting is done during the month of Ramadan and when one is looking for spiritual purification”]

Now, let’s get down to cooking.

Top 10 Amazing things you can do while the Coronavirus sticks...