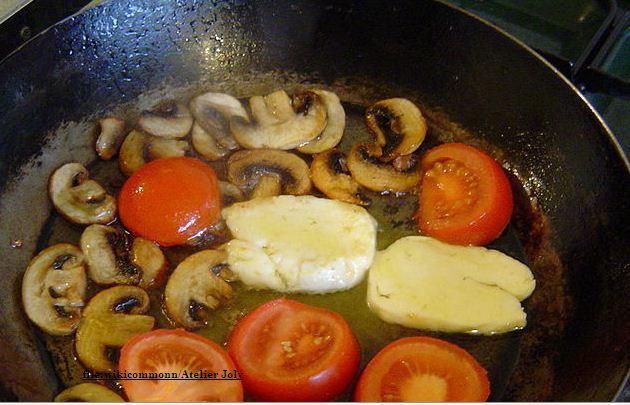 Omajowa refers to termite mushrooms in Namibia. The mushrooms are associated with termites because they grow on their nests. Though this species of mushroom isn’t cultivated, it’s one of the best delicacies that one can enjoy.

According to some African beliefs, the uncultivated species of mushrooms especially those that grow around certain insects or certain tress hold a form of mystic components, and are usually recommended for rituals on certain cases.

Omajowa are seasonal and can be available fresh only during the rainy season. What you eat alongside the dish can vary as most most food tend to along well it. For example, chicken, and other starch foods are fine.

By fact, Omajowa is indigenous to Namibia. Its consumption, however, has spread to other parts of the world, and today we’ll teach you how to prepare a tasty pan-fried Omajowa.

But first, let’s have a look at Namibian culture.

Namibian culture is very diverse, and so is its population. Some of the cultural practices felt here have European influence. But despite the intrusion of colonialists, Germany to be precised, Namibians have managed to maintain vital parts of their cultural heritage which remains a part of their nation’s pride till date. You’ll find the influences of this cultural heritage in their culinary art, music as well as fashion.

The majority of Namibian population are Christians, again owning to its history of European dominance in the region. Most people in the range of 15-20 percent of the population still practices African traditional religions.

Like in most African cultures, turning off food is viewed as a sign of disrespect in Namibia. Handshakes and other forms of bowing greetings are popular, and should be duly reciprocated.

[bctt tweet=”In Namibia, turning off food or a drink is a sign of disrespect”]

Now that we’ve gained a little perspective about Namibian culture, let’s get to Omajowa recipe:

Note: When preparing the dish, you can opt to add more spicy ingredients to enhance the taste.

If you love this pan-fried Omajowa, then you may also like