Home Blog & Buzz Opinion Fashionable African Presidents: The Most Stylish Of All Time 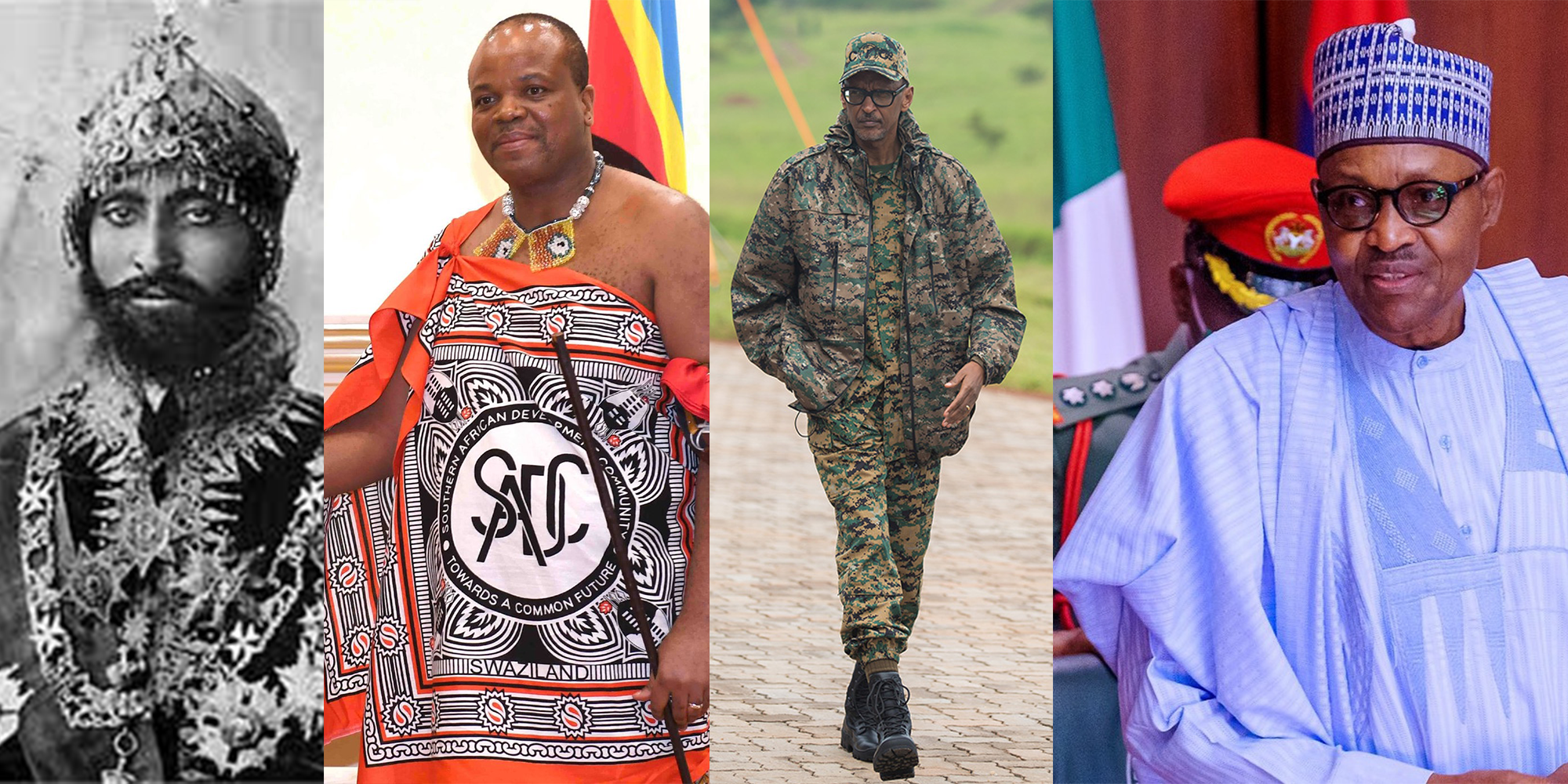 African presidents are some of the most fashionable world leaders in the history of leaders. They all take fashion quite seriously as it seems to be integrated into political life. These presidents know how important public perception is and they put an effort into appearing stylish at every function. Whether they are dressed in cultural attire or conventional English wear, these fashionable African presidents always look stunning.

Most Fashionable African Presidents Of The Past

Emperor Haile Selassie was a stern African ruler bent on international reform. He is regarded as a Messiah by members of the Rastafari movement. Emperor Selassie ruled as emperor from 1930 to 1974 but had been regent of the country 14 years before that. As Selassie paved the way for Ethiopia to join the United Nations, he did so wearing the best style. Modern Ethiopian history cannot be read without mentioning Selassie, his international reforms, and his beautiful outfits.

Former Ghanaian military ruler, Flight Lieutenant Jerry Rawlings, is hands down one of the most fashionable African presidents of all time. He initially ruled Ghana following a coup d’état in 1979 but came back into power as a democratically elected president in 1981. His legendary style is one for the books and he always came out looking dashing.

Famed as one of the most successful presidents of Nigeria, President Olusegun Obasanjo never skimped on fashion and style. The president performed bold educational and industrial reforms during his two terms in office and the country noted sustained economic growth. He favored Yoruba traditional attire like the one pictured below.

Arguably one of the most famous African presidents of all time, Nelson Rolihlahla Mandela was an extremely fashionable leader. The revolutionary leader and philanthropist served as president of South Africa from 1994 to 1999. As the first black president of the country, Mandela fought to tear down apartheid in the country.  His style was simple yet colorful. Each of his colorful shirts always made a statement and brightened his appearance when in public.

President Goodluck Ebele Jonathan is a long term Nigerian politician that served as deputy governor, governor, vice president, and then president of the Federal Republic of Nigeria. His loss of the 2015 presidential election made him the first sitting Nigerian president to lose re-election. Although not the most popular president, he always proudly represented the people of Bayelsa in his smashing native etibo and senator attires like the one pictured below.

Most Fashionable African Presidents Of The Present

Mswati the 3rd is the Ngwenyama or king of Swaziland. The head of the royal family was crowned absolute Monarch of the country in 1986 when he was only 18. He has since ruled the country with his mother by his side. With a lavish lifestyle, questionable policies, and about 15 wives, this king takes his fashion very seriously. He is often fully kitted in traditional Swazi attire for country functions but also looks good in a suit when he travels internationally.

YOU MAY ALSO LIKE: African Presidents and Their Wives

The sitting president of the Federal Republic of Nigeria, President Muhammadu Buhari, is a very fashionable African president who leans more into traditional Hausa attire than English wears. President Buhari served as head of state in a military regime in 1983 and is currently serving his second term as a democratically elected president. He is sometimes seen wearing a sharp suit but he favors his colorful kaftan.

Former professional football player and current president of Liberia is undoubtedly amongst the most fashionable African presidents of all time. He is the only African player in history to win the Ballon d’Or and FIFA World Player of the Year titles. His dedication to sports was matched with his enthusiasm for his homeland as he fought to end the civil war in his country. That ushered him into politics where he has been serving as Liberia’s president since 2018. George Weah is never caught scruffy and represents a stylish look at every event.

Former military and current President of Rwanda, Paul Kagame, is one of Africa’s most fashionable presidents. Kagame focuses on national development in the areas of education and healthcare. He is hailed as a super progressive African leader. At 63 years of age, the fourth Rwandan president always represents a fashionable style. Whether he is dressed in a suit, traditional wears, or casual attire, Kagame looks good.

MUST READ: African presidents who have overstayed in office

Mohamed VI came into power after the death of his father, King Hassan, in 1999. According to many sources, the 5th richest king in the world is Mohammed VI. He is also the richest king in Africa. His enormous wealth and fortunes are reflected in his vibrant style of dressing. Even in his international travels, the king is always well dressed, representing his country and people with honor.

Mohamed VI came into power after the death of his father, King Hassan, in 1999. According to many sources, Mohammed VI is the 5th richest king in the world and the richest king in Africa. His enormous wealth and fortunes are reflected in his vibrant style of dressing. Even in his international travels, the king is always well dressed, representing his country and people with honor.

Who do you say is the best dressed amongst this list of fashionable African presidents and monarchs?