Home Blog & Buzz These are the Fastest Growing Cities in the World: All in Africa! 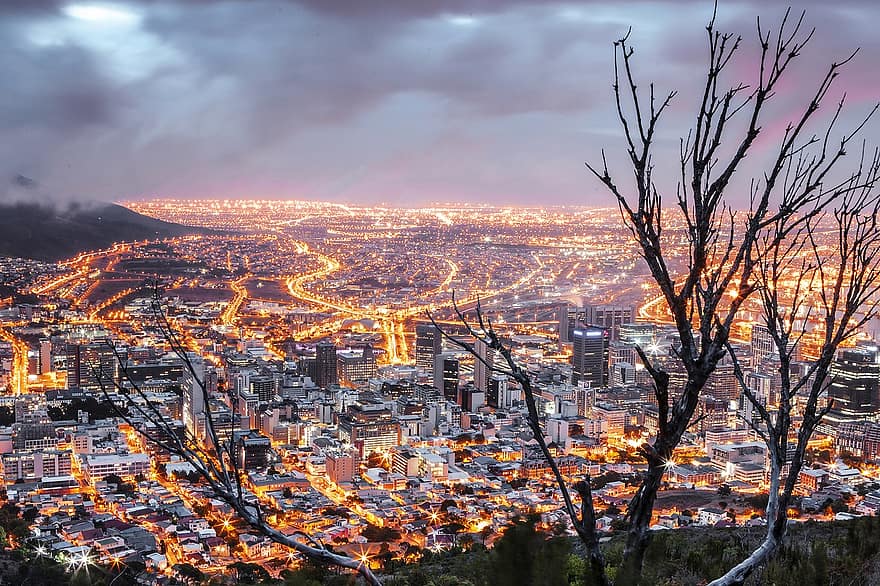 Once I asked a group of geography students to name the 5 fastest growing cities in the world. Some of them mentioned New York others selected Tokyo. Names such as Beijing, Hong Kong, Singapore, and even Mumbai also came up. But they were all wrong. Since these are the most bustling cities we have, it was not surprising that the 8th graders confused them as the fastest growing ones. What is your pick? For a hint, they are all located, not in North America, Europe, or Asia, but in the African continent. Surprised?  You shouldn’t be. The 5 fastest growing cities in the world are Luanda, Kampala, Antananarivo, Dar Es Salaam, and Lagos. Let us check them out one by one.

YOU MAY ALSO LIKE: The Death Of Chadwick Boseman: Black Panther Actor Dies Of Colon Cancer At 43

Luanda, the capital of Angola is the fastest growing city in the world. The city was founded by Portuguese explorer Paulo Dias de Novais in 157. It was considered one of the most advanced Portuguese cities during the first half of the 20th century. However, the 14-year long independent war and subsequent civil war in Angola devastated the city. Since the end of the civil war, Luanda has seen a major development to rebuild the city. The ‘Luanda Waterfront Development Project’ is a major cause for development. Under this scheme, the Government has undertaken the development of extensive road networks and public spaces along the coastline.

Additionally, there has been construction of 710 apartment buildings, a matching number of schools and other facilities. The availability of water supply and power infrastructures has sped up the growth of the city so much so that it has been nicknamed as the “Dubai of Africa”. Apart from the superb infrastructural development, Luanda has also seen a boom is its population. This is mostly due to steady migration from rural areas. With a population growth rate of 3.49% on average for the last decade, Luanda is justly placed in the list of fastest-growing cities in the world.

RECOMMENDED: African Grilled Fish Recipes You Should Add to Your Diet Now

The capital of Uganda is also among the fastest growing cities in the word. According to the 2019 census, Kampala has a population of 1.65 million. This number is still growing at a rate of 4.3% annually. This rapid growth in population is attributed to the influx from the poverty-stricken rural areas. Because people are seeking a better life, they move to the city. The 189 square kilometer City is experiencing rapid expansion and infrastructural development.

However, such development is also causing significant environmental degradation, as in other rapidly growing cities in Africa. This major business and commercial hub generates an estimated 50% of the GDP of Uganda. Being the economic epicenter of Uganda, Kampala has attracted migrants from as far as China and India. Consequently, Kampala represents a social diversity representing cultural elements from varied corners of the world.

The next fastest growing city in the world is Antananarivo, the capital of Madagascar. Antananarivo has a population of about 3.3 million, which is growing explosively.  According to an estimate, Antananarivo is the home of about 10% of Madagascar’s total population. Moreover, most of the country’s industries are also located in this City. Such rapid and uncontrolled growth has led to an acute shortage of essential services. Amenities like water supply, sanitation, and public health are now scarce. The City has various historical sites and museums, making it a major tourist attraction.

RECOMMENDED: Fashionable African Presidents: The Most Stylish Of All Time

The largest city and the former capital of Tanzania, Dar Es Salaam has also made its way to the list of the fastest growing cities in the world. With a population of almost 12 million, it is also the largest city in East Africa. With villagers and even foreigners shifting to the city, Dar Es Salaam has a diverse population and culture. Interestingly, it is also the home to the tourist-oriented and brightly colored Tingatinga painting style, promoting Tanzanian art.

Dar Es Salaam is the first city in East Africa to introduce Bus-Rapid transit, which has significantly increased economic growth and activities in the region. It also has a host of other tourist attractions sights. Dar Es Salaam has two of the five museums that make up the national museums of Tanzania. They are the National Museum as well as the Makumbusho Cultural Center & Village Museum. The National Museum is dedicated to the fascinating history of Tanzania while the Cultural Center focuses on showing traditional huts from 16 different Tanzanian ethnic groups.

Last on the list is Lagos, the capital of Nigeria. With a phenomenal spatial expansion, a mere 3.4 sq km in 1880 to over 1183 sq km in 2008, Lagos is one of the fastest growing cities in the word. This city has a population of over 21 million, making it the most densely populated city in Africa. An estimated 75% of the population of Lagos are migrants mostly from rural areas of Nigeria. To accommodate such a high migration rate, rapid infrastructural development is underway. However, the development is mostly informal and unplanned, leading to the disruption of the ecosystem.

MUST READ: 10 Essential Things to Know When Planning a Trip to West African Countries

According to one estimate, Lagos lost about 13% of its swampland and 3% of the water body between 1986 and 2002. Yet, the trend continues. Moreover, the number of slum areas is increasing due to the absence of adequate housing facilities. With one of the largest and busiest seaports of the continent, Lagos plays a major role as a financial center for all of Africa. The City of Lagos generates around 10% of Nigeria’s GDP. Striving to achieve international recognition as well as to become a major player in the economic growth of the region, Lagos is developing a ‘24-hour economy’. It has since become the major Information Communications and Telecommunications (ICT) hub of West Africa.

With all the promises these aforementioned cities hold alongside the rich and rare minerals found in Africa, you can now understand why the western policy makers frequent the continent, and won’t let go for ages!

The cities mentioned here are some of the fastest growing and developing cities in the world for now, and they are all amazingly located in Africa. Many years from now, more growing cities will spring forth in Africa as evidence suggests. With their diverse cultures and amazing tourist destinations, these 5 cities above should be on your list of countries to visit. Trust me, you don’t want to miss out on the outstanding experience of seeing something completely different and new.