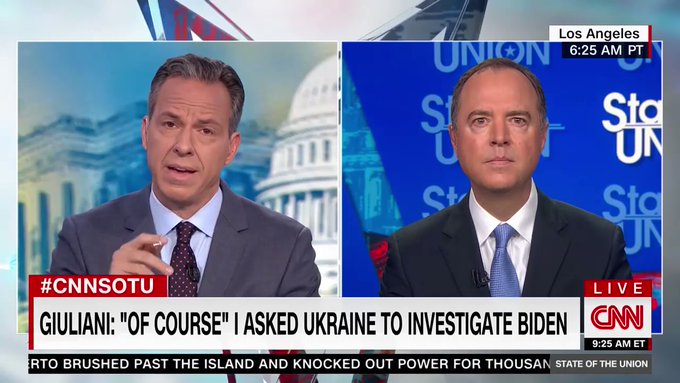 A whistleblower is reportedly out offering an intelligence detail regarding President Trump reaching out to Ukraine government for dirts. President Trump was allegedly asking them to dig out dirts on the democratic 2020 Presidential forerunner, Joe Biden.

The Whistleblower is from the US Intelligence community who happened to hear and ascertain that a classified information privileged to only the CIA was said by an individual who does not belong to this community. Looking familiar to what went down in the last US presidential election, this whistleblower saw patterns and believes that it’s a matter of “credible and urgent concern.”

The details of the complaints filled by the whistleblower is still kept in secrecy, but the little steam that managed to escape to the press revealed that Trump made a call to Ukrainian President, Volodymyr Zelenskiy, on July 25th, “pressing him repeatedly” to help dig out dirts on Joe Biden and his son’s connection to Ukraine.

Back in May 2019, however, the Ukrainian authorities had declared that they see no wrongdoing from Joe Biden’s son dealing in their country.

Trump is allegedly delaying the US military funding support to Ukraine while he continues to negotiate terms with Ukraine leaders.

The House Intelligence Committee Chairman, Adam Schiff ( D-Calif.) and other members of congress on the left are calling for President Trump to voluntarily release the transcripts of his calls to Ukraine.

What does this 2020 election hold? Do you think the US has learned any lesson so far, and well prepared for the upcoming election? Share your comments.