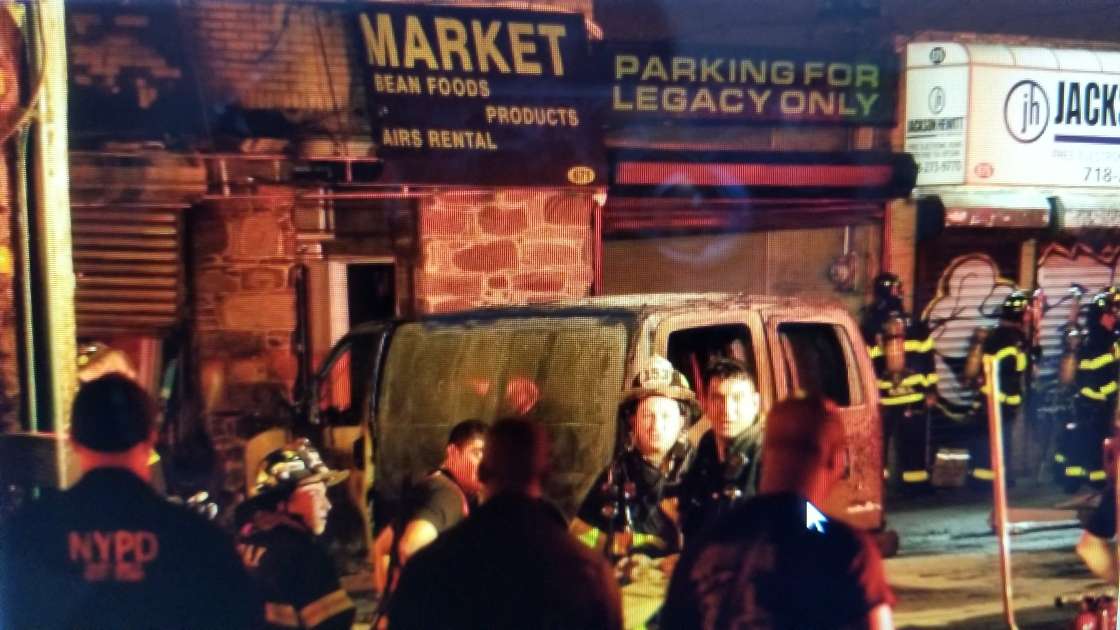 On Sunday 09/22 at about 11PM, a Nigerian-American man and the owner of an African Market store in NYC ran his white van into ex-wife’s store, poured petrol everywhere, and sets it ablaze.

Anthony Imafidon’s ex-wife runs Legacy Africana Market, a storefront on Bay Street at Stapleton, Staten Island. The store is part of a mixed use building owned by ex-wife who was upstairs sleeping along with the couple’s three kids at the time of incidence.

According to the police and eye witness, Imafidon who is 42 years old, allegedly calculatedly drove into the store and created the havoc on purpose. The ex-wife and kids were fortunately not hurt.

People in the African community who know ex-wife reported that she’s a very cheerful and friendly person.

Imafidon was injured following the incidence, but treated in the hospital, and then arrested. He’s facing attempted murder and arson among other charges.

The Guineans in America are on a Mission Stage