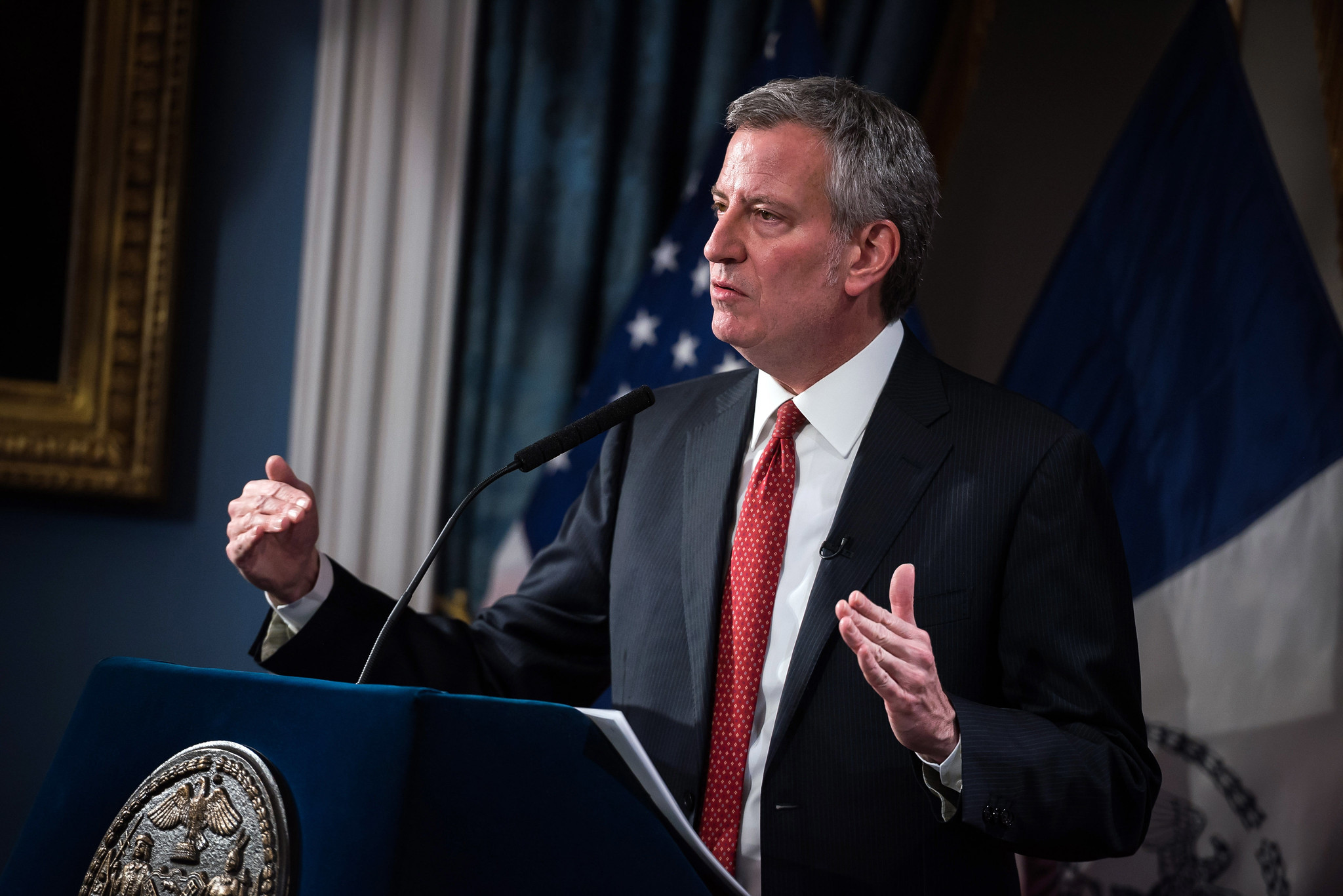 NEW YORK —on Sunday, Mayor Bill de Blasio announced steps the City is taking to re-start the economy and rebuild a fairer New York. The goal is not to go back to the status quo, but to spur a recovery that confronts deep inequities, reaches into every neighborhood, and leaves New York stronger than ever.

“This crisis is not only about a virus; it’s about the fallout from hundreds of thousands of our neighbors losing their jobs and struggling to provide for their families. It’s about the outsized devastation communities of color are facing across the country. I am not only calling on New Yorkers from all walks of life to help us get our city back on its feet – I am calling on them to join me in the fight ahead for a fair recovery, ” said Mayor Bill de Blasio.

The City’s decisions in the coming weeks will be determined by the health indicators tracked every day. The City will evaluate gradual changes to restrictions as daily health metrics indicate that the virus has reached the low-level transmission phase. Last week, the Mayor announced the City’s plan to expand testing, tracing and isolation to continue to beat back COVID-19. To successfully re-open and rebuild a fairer City, the Mayor is establishing a series of advisory groups.

Re-opening the city will be a gradual process, and different strategies informed by on the ground experience will be used to do so as seamlessly as possible. The City will form a series of Sector Advisory Councils that will guide the Administration’s efforts to reopen the economy and city life. The Councils will serve as critical links to disseminate information about re-opening and provide guidance to shape the City’s response to the pandemic. These councils will start in the first week of May and meet weekly thereafter. Sector Advisory Councils will include:

The COVID-19 pandemic has further exposed the fatal consequences of racial disparities in America. This taskforce will be comprised of officials from across the Administration to engage hardest-hit communities, monitor response and recovery efforts in those neighborhoods, identify unique needs associated with Minority and Women-Owned Business Enterprises (MWBE) and community health care providers, and work with City officials and agencies to narrow long-standing racial and economic disparities. This taskforce will focus both on the immediate needs of these communities and shape a longer term strategy to close the gaps that have been exacerbated during this crisis. The task force will be led by First Lady Chirlane McCray and Deputy Mayor J. Phillip Thompson.

Civic leaders from diverse backgrounds will help the City formulate a broader post-crisis recovery effort that builds a stronger, safer, and fairer economy and society. In the beginning of June, the task force will put forward a recovery road map that will inform the City’s recovery efforts. They will continue to support the City over the course of the recovery and adjust the roadmap to meet new challenges.

Members of the Fair Recovery Task Force include:

The Mayor intends to call a Charter Revision Commission. The Fair Recovery Task Force will also consider questions to be treated by that commission.

5 Practical Principles To Honor God With Your Finances

The Faith Bucket List: 20 Things To Do Before Rapture

3 Lessons to Learn From the Thief on the Cross