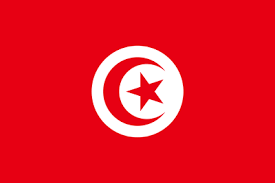 Tunisians exercised their civic responsibilities this past Sunday 15th September 2019 aiming to democratically elect a new President that will succeed former President Beji Caid Essebsi who died July this year. Economy, security, and unresponsive government are on the top list of issues that Tunisia electorates care about.

The head of Tunisia Electoral Commission had announced in the days before that 26 candidates among overwhelming 96 eligible candidates were approved to contest in the election.

Another major contestant, Nabil Karoui, a media mogul, who reportedly is going through trial in court on a charge of money laundering showed up in the ballot. He advanced to a major run off with a 15.6 percent of Tunisia vote tailing directly behind Kais Saied.

Tunisia’s election result was a huge accomplishment for Karoui, for despite the fact that he’d been locked up in jail since August 23rd, and was unable to participate in televised debates that happened before the vote, he managed to take the seat of a major contender in the race.

Since no candidate successfully win the majority, a run off is scheduled for 29th of September, 2019.