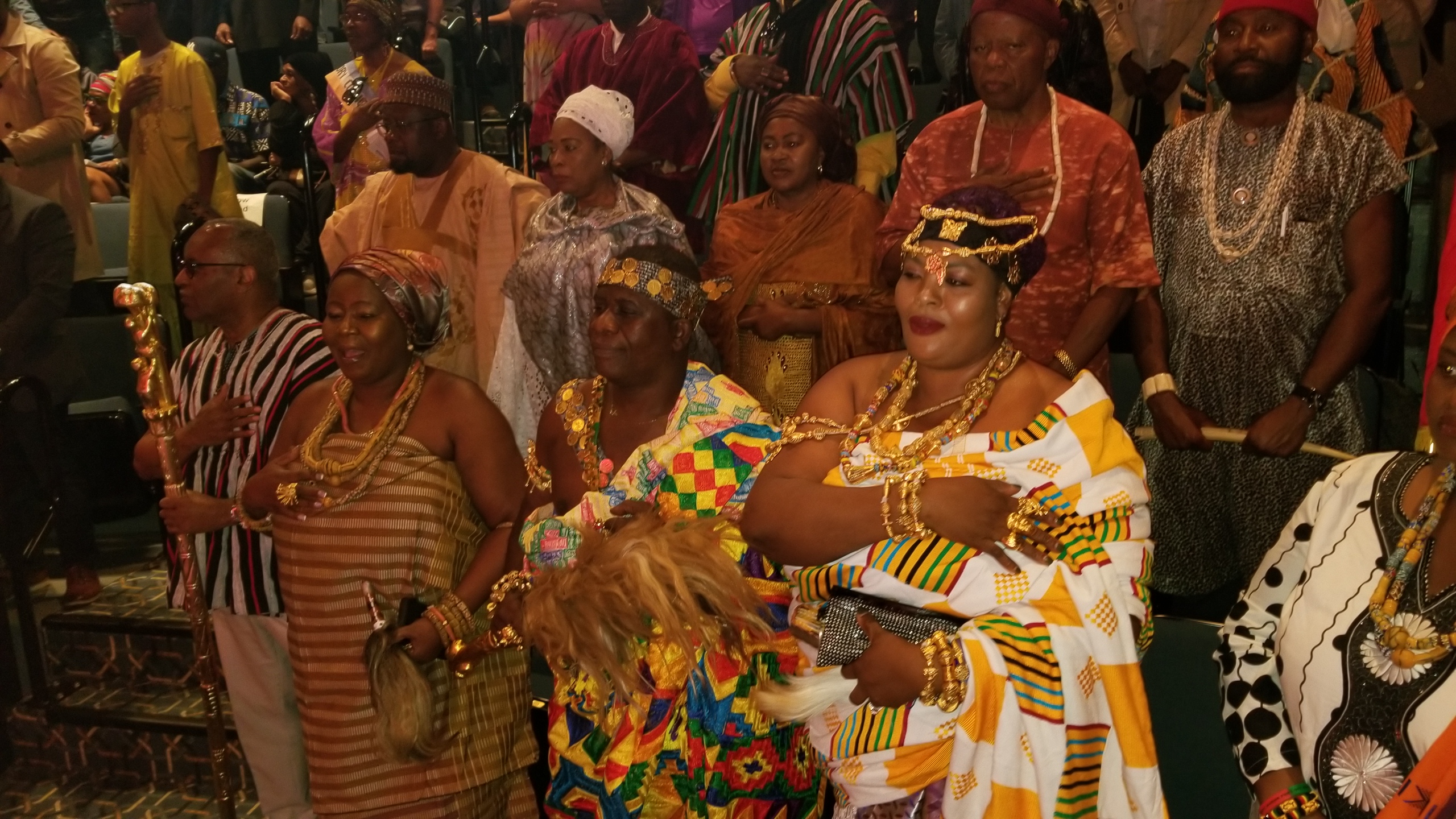 It was as if the New York City Afro community have been waiting all year long for this event. The Hostos College Repertory Theater on 450 Grand Concourse  was packed with a crowd almost a quarter of the people who showed up at President Trump’s Presidential inauguration in 2017! Well, some exaggeration here, but for real, the event was packed.

There are a long list of highlights of the event  to select from. For instance, there was a simulation of Asante King, his Queen Mother, and his palace entourage depicting the richness of African culture and values.

The music and the dance performed by artists from several African and Afro Latin American communities were so authentic and moving.

Additionally, the excitement from watching, and just been in the midst of this Afro multicultural gathering alone was good enough to feel a sense of pride and belonging, but when you add to it the hyperexcited audience, who from time to time, were  jumping onto the stage to dance and sing along with the artists, you can’t help but feel a booze of dopamine gushing through your veins.

Here is the kicker: the words of politicians, which though sadly, common sense books have instructed not to give too much weight, carried a heavy pound of weight at the event last night when you hear the Bronx Borough President, Nana Ruben Diaz  Jr. said the below about the African community in the Bronx NYC, and then proceeded to present to the community Council a proclamation that’ll make the month of September an African Heritage and Culture Month in the Bronx.

The Bronx Borough African Advisory Council (AAC) was established on January 13th, 2010 by the office of the Bronx Borough President, Ruben Diaz Jr. to bring local government and elected officials close to the African immigrants community, and to create a channel where their voices are heard.

For information about the AAC, reach out to the office of the Bronx Borough President here. For questions regarding this press release, send an email to info(at)afrogistmedia.com

7 Employee Rights Every Worker Must Know