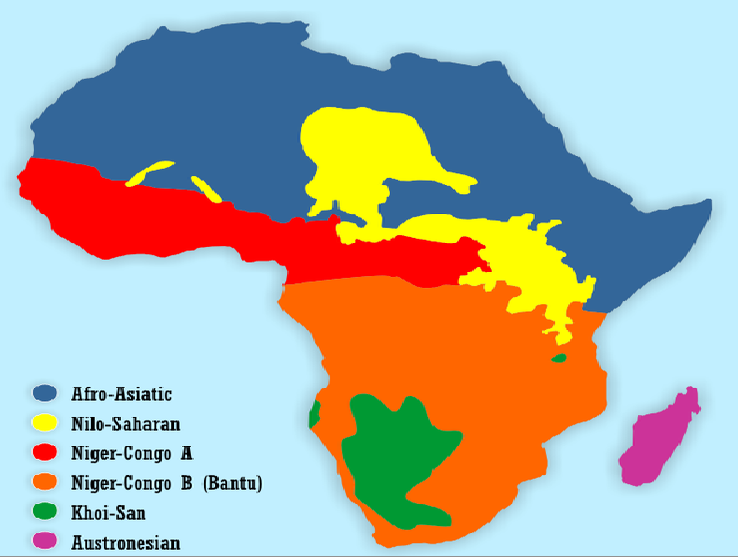 Africa is the second largest continent which comprises of different tribes who speak different Tribes language. African tribes and languages have been classified depending on the languages they speak . The classification can further be done while taking into consideration the culture and how groups migrated from place to place.

Some languages share words and pronunciations which makes it reasonable to classify such speakers as members of a given large tribe. Other languages and tribes are a result of the interaction between two tribes. Tribes interacted during migration and gave rise to other sub-tribes that we have today.

Below are some of the popularly used African tribes language.

Yoruba is among the most spoken and official languages in West Africa. The Yoruba speakers live in Nigeria, Benin, and Togo. A total of 44million speakers use this language. The culture of the people is also an aspect that one cannot miss to discuss. Aside from sharing the same language, they also have traditions that are unique to them.

Swahili is the universal language In East Africa. The language is a result of the interaction between the Bantus that settled towards the coast of East Africa and the Arabs. It is one of dominant mode of communication in African countries. In Tanzania, it is the official language used in schools and offices. Other tribes that live in East Africa like the Nilotes and Cushites have also adopted the use of this language which has made it one of the most popularly used languages in East African countries.

With the increased level of interaction between countries, a medium of communication is necessary. This has made Swahili spread to other parts of Africa. The West African countries are slowly learning the language.

The Amhara tribe that occupies the northern part of Ethiopia is one rich in culture. The tradition of the tribe can be traced back to the time of Menelik I who was the son of King Solomon. The tribe is among those that upheld their traditions and culture to date.

Zulu, one of South Africa’s official languages, is the second largest language among the Bantus. Together with Shona, they form the most massive Bantu speakers in South Africa. Most people that speak Zulu live towards the eastern side of South Africa. One of the features of the tribes language is the click sound. They talk this way as a result of the influence of the Khoisans who are known for the click sounds.

The Zulu tribe is one of the Bantu speakers in the South African region. The tribe is the largest community in South Africa. Other Zulus can also be found in Zambia, Zimbabwe, and Tanzania. Most of the Zulus are Christians. They also have traditional beliefs that they still cherish to date.

Igbo is one of the official languages used in Nigeria. With over 44 million speakers, the language has gained a lot of significance in the West African region. Other speakers of the language can be found in Equatorial Guinea.

With over 20 dialects, the language has grown so fast and is commonly used in other countries including USA, Ghana, Sierra Leone, Brazil, and Jamaica among others.

There are more than 1500 African tribes and languages, and it might not be possible to exhaust all of them. All the above featured languages are the most popularly used. Some of them did not exist in the past. They are a result of historical interactions between communities of different dialects.