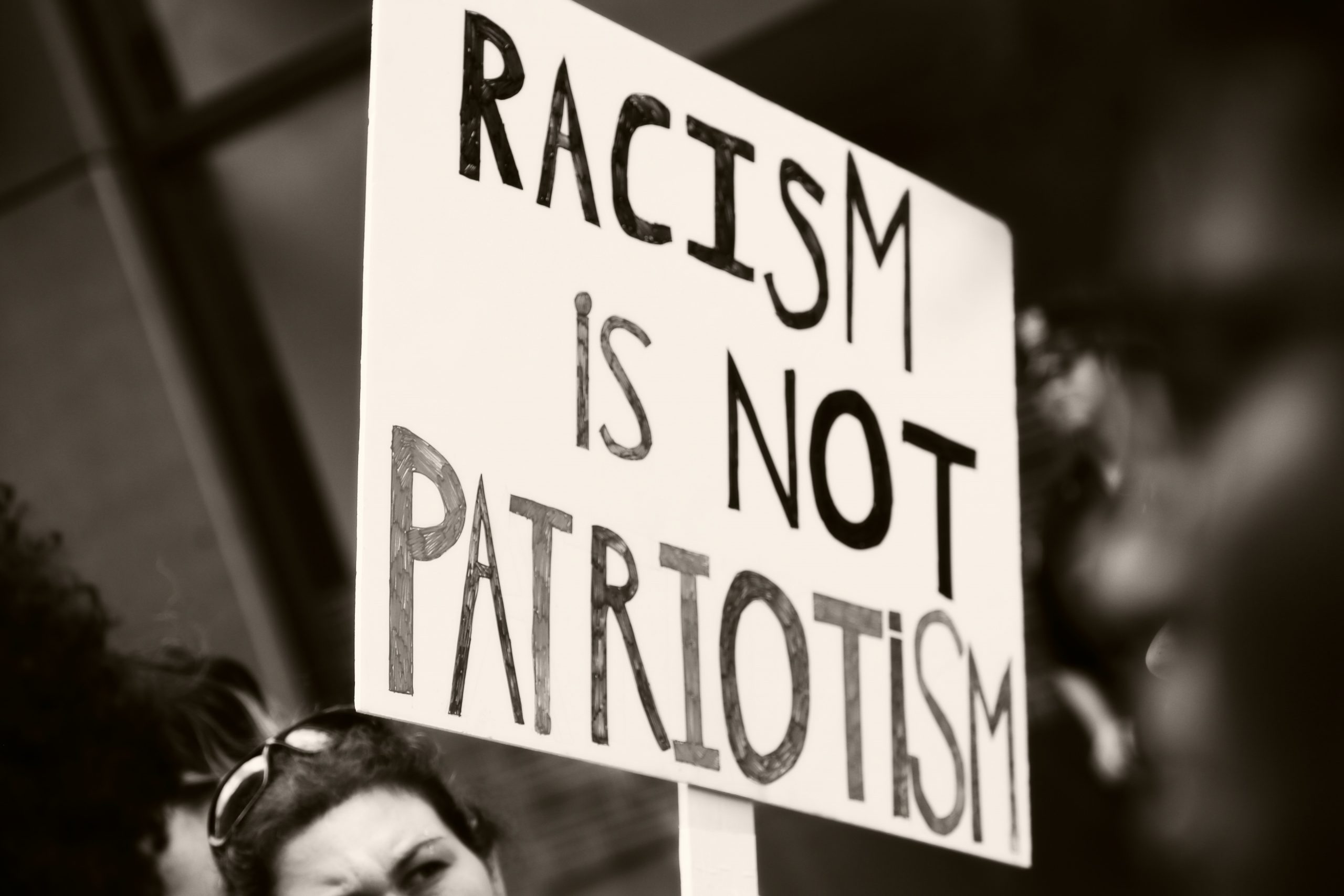 Needless to say that the political and racial climate in the United States has reached new and explosive heights as George Floyd, another unarmed black man was brutally killed at the hands of a white police officer. The video that has circulated thousands of views and shared throughout Twitter and Facebook shows Floyd flat on the ground, handcuffed with an officer pinning his knee down into Floyd’s neck.

The demand for justice from the #blacklivesmattermovement has become a global call to arms for people of all creeds to support the fight against police brutality, social injustice and racism. A rebellion continues to unfold during this 2020 pandemic era that tests not only the bounds and willingness of the United States government to heed its people that are begging to be heard, but this rebellion is seeking a way to ultimately put an end to the violence.

For those who cannot make it to the front lines of every march and protest, or who are too anxious to speak out publicly on social media platforms here is an alternative: self education. This article suggests five books you can read up to close some gaps in your knowledge of race and social justice in America. Through literature is still an essential and a powerful tool that has been lost in the mix of modern day technology. For some it’s easier to watch a brief video about a certain topic than it is to read a whole chapter about it. However, as more movements sprout, more authors are finding power in the pen to educate and call out systemic and systematic racism for what it is.

Before we dive into exploring these books, it is important to just quickly check in if someone reading this doesn’t somehow believe that America has serious race issue, and that Blacks are the targets. If you are, this post won’t do justice in helping you learn anything that you haven’t leaned so far. Nevertheless, there’s quick confession post here from a White ex-police officer. Hope it helps in your journey to openess and curiosity:

Now, let’s get into books. Below is a list of the top five books on race relations in the United States that people must read at least once in their lifetimes!

The New Jim Crow: Mass Incarceration in the Age of Colorblindness By Michelle Alexander

One of the most academically revered books in modern times, The New Jim Crow, focuses on the way racism has evolved in modern times taking systematic racism along with it! Alexander questions why and how the United States justice system continues to target and fail men of color, specifically black men, time and again. She calls out white liberals who believe that President Obama was ‘proof’ that racism had ended. And she spares her reader no pleasantries with the disheartening facts of the reality that black men are more likely to be mass incarcerated than most men of other races in North America.

Alexander hits the nail on the head as she breaks down the socio economic approach that white supremacy has taken to reform institutions, public policies, social norm, and even educational manipulation that has all directly impacted how black men are policed, targeted, and killed. The prison system has always been a nasty topic, and Alexander remains fearless in her stance. In the living moment of the Black Lives Matter movement, it becomes essential to re-evaluate how racism has not disappeared, but simply taken a new and more implicit form of targeted hatred, discrimination and violence under the guise of microaggressions and social ostricization.

Between the World and Me By Ta- Nehisi Coates

Coates takes a very sincere and personal approach to tackling racism by writing a well crafted letter to his fifthteen year old son. Being a black boy in an anti black world is a burden no human should bear and yet Coates holds nothing back in the best way possible! As black people it becomes significant now more than ever to hold discussions with the rising generation of black, brown, African, and Afro Latinx youth about the issues they may see in the news.

The rising generation may hear adults all around debate or get enraged over many of these social issues but may not thoroughly understand unless the adults properly clue them in. Bringing this sense of consciousness, properly providing accurate resources and history tools while also providing and fostering a safe space for healthy and productive conversations grows more and more pivotal for communities of color these days.

Protest and rebellion may continue worldwide for justice for George Floyds and countless other black men and women that have been murdered over and over again by a system that unbelievably won’t let go of bigotry, but education of youths on the struggle is imperative. Coates revisits the tragic history of the black body and it’s human value compared to others and in the context of the modern world.

The Fire Next Time By James Baldwin

There has never been a more revolutionary time to read some Baldwin than now! Similar to Coates, Baldwin takes an informational, yet personal approach in writing an essay to his young nephew about the state of the world, which for him was the Civil Rights Era and everything following it.

Baldwin fleshes out a radical notion of love that he challenges his nephew and the reader to explore. Almost along the same vein of Argentine feminist, Maria Lugones in her piece ‘Playfulness, World Travelling and Loving Perception’ Baldwin envisions a still very pro black kind of life with more love of black people. A unique way to present the plight and pain of an entire people through openness and vulnerability.

The notion of love and to love becomes an all encompassing human experience that could allow white people and other non black people insight into the daily struggles. This book is for sure a significant read for any fellow white friends and any white individual who is sincerely seeking a practical fix to race problem.

Are Prisons Obsolete? By Angela Davis

Davis fearlessly blows the whistle on the North American criminal justice system and calls for the need to abolish prisons. The focus varies from all individuals wrong incarcerated to the movement and power play that surrounds black and brown bodies through a reformed system of modern day slavery. Davis explains the injustices done upon not just the wrongly targeted and incarcerated, but she looks at the treatment of black and brown folx and women all throughout the system. The inhuman conditions and lack of reform becomes clear and daunting.

The idea of prison was created in societies to aid in keeping unproductive members of society and holding them accountable for their crimes or actions. The intent behind prison originally was also to aid imprisoned people that did want to change for the better in themselves. The aim was and should be to get them on a plan to start over. We have one life to live, but we sure have many times to get it right, hence the idea of prison or penitentiary came about to help those who break the “moral” code and societal contracts to reflect and get on a better track in life.

The modern day prison system, however, completely bypasses this fundamental notion as we see all human lives as cash cows with black bodies carrying the highest price.

The Color of Law: A Forgotten History of How Our Government Segregated America By Richard Rothstein

Finally, we must never forget that the history we often learn in grade school is white washed with white people as the victors on every forefront when in fact white history is not the complete history. In essence, all children, Black or White, are been swindled by the system. Imagine how useful their knowledge would be now in fixing the current American social evils were the children in grade school 3 to 4 decades ago allowed to learn the complete history. Are you questioning who were at the helms of deciding children school curriculum then? Are you asking how many people of color were a part of the Think tank that influences the structure of education in those years? Please stop; just look at the system now and check out how much changes have happened.

One cannot forget the intense racial, and socio-economic disparities that still exist as a byproduct of the Reconstruction Era after the Civil War, the Jim Crow Era, and everything following and in between. Segregation in schools, in prison, in churches, in everyday communities, a multitude of laws and public policies banned people of color as well as native people and immigrants from living a normal, equal life to that of their white counterparts.

Rothstein challenges his readers to never forget the complex and intricate history and discussion that surrounds the issues and narratives of race relations in the United States. This book hold many key points that many youth people today especially advocates and allies of the movement and social justice can and should utilize to educate other fellow advocates, and to give information to critics of the Black Lives Matter movement. If there was ever a time to seek justice the time is now.

These books are just a select few out of dozens that have the power and potential and give readers a literary arsenal of knowledge about and against the many racist structures and institutions that still exist today. These times are dangerous not just because of  COVID-19, but the times are dangerous because of the uncured disease of racism and silence from many non black who’s silence and ‘disdain’ proves only that they are on the side of the oppressor.

This rebellion and protests occurring not just in the United States but worldwide is an essential movement that needs to happen. Black lives matter. These killings must stop. Law enforcement must be held accountable and must learn to hold itself as an institution as well as teach its officers to hold each other accountable and call one another out when absolutely necessary! The wall of structural racism must come down, and the groups that are being denied of opportunities because of their color, race, gender and orientation, age, and disability must be heard.

Your turn: what other books belong on this list? What do you find insightful in these ones and others? Share your comments.