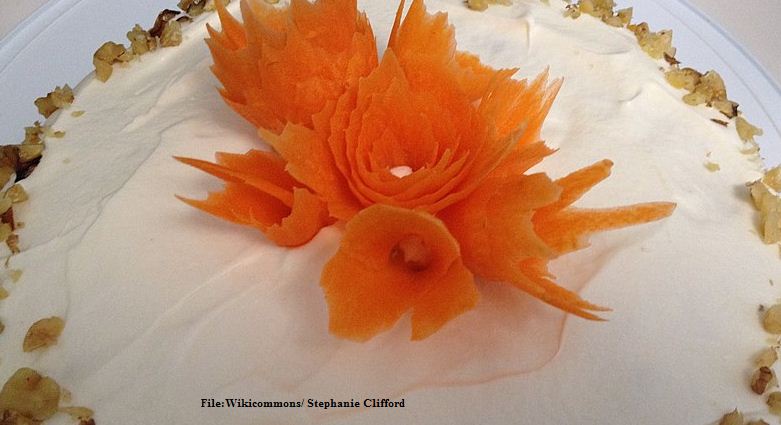 African carrot cake is not like your regular dessert. Normally, the cake has three layers with icing that melts your mouth every time you have a bite. Once you start enjoying this treat, you can’t stop. The taste is incredibly sweet, making it a great pick for any event.

The dessert usually uses carrots, eggs, baking flour and sugar. You can use additional ingredients like cinnamon, nutmeg and ginger to give it a twist. Raisins, pineapples are a great addition for giving the cake a natural sweetness.

Knowing how to prepare one can save you few bucks. But before we dive into the recipe, let’s have a look at its history.

Carrot cake origin is controversial. But the first recipe was prepared in 1591 and was called “pudding in carret”, with stuffed carrot and meat. Other ingredients present in modern recipes like shortening, cinnamon, sugar, eggs, raisins, and pineapples were also used.

As time went by, different variations of the recipe evolved. And in 1814, Antoine Beauvilliers included the “Gâteau de Carottes” recipe, which became popular and was copied to verbatim cookbooks.

Later, during the 19th century in Switzerland, the Kaiseraugust School of housekeeping came up with a carrot cake recipe which became popular within Switzerland, especially during kids birthdays.

Though there is no documentation on when the first African carrot cake was prepared, most food historians believe the recipe is from “carrot pudding”, popular in Europe, which was later introduced it to the world.

The recipe improves day by day with some adding other ingredients to customize it to suit their needs. However, the preparation is simple for any rookie baker to attain desired results without breaking a sweat.

And here is what you need.

NB: if you need your African carrot cake to have an incredible taste, refrigerate it until the next day.