Home Blog & Buzz Meet The Immigrant Who Made A Fortune From His Mobile App –... 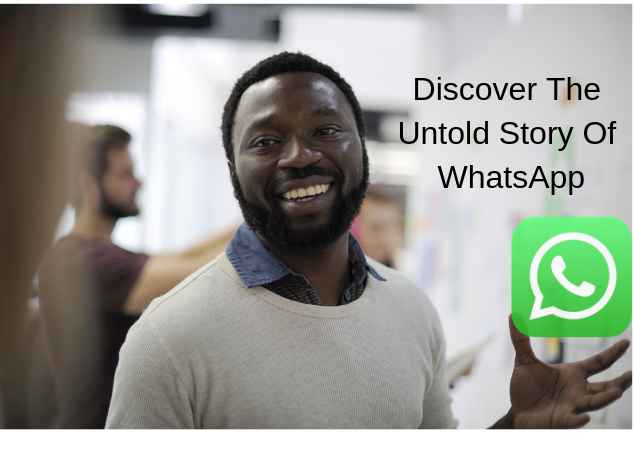 Over the years, we’ve seen immigrants who had no penny to their names come into the United States to create their dream life.

Just like every big break that emerged from silicon valley, Koum is a dropout. But his setbacks are not enough to pull him down and make him settle for a mediocre life.

In 1992, the young Jewish lad moved into the United States with his mother and grandmother. They settled in Mountain View, California in a two-bedroom apartment. During their early years in the United States, his family relied on social support from the government and food stamps was the only way to go.

From childhood, Koum had a rough life with a series of events which helped to shape his life.

His Mom died of cancer. But before her death, she worked as a babysitter while Koum worked as a grocery store cleaner — anything to meet their daily needs. In addition to the death of his mother, his father never made it into the United States, and his ex-girlfriend clammed him with a restraining order.

He engaged in a verbal and physical war with the lady who did not end well for him. Recalling the incident, Jan showed remorse for his actions — it’s one of those things he is not proud of.

In life, we are shaped by a series of events. And most times, the situations we face may not be favorable, but it’s designed to bring out the best in us — to make us better people, and to help us grow into responsible adults who would leave a footprint in the sands of time

Before building his app, Koum worked with Yahoo where he met other talented minds like him. Together, they honed their skills and developed mastery in the world of coding. After working with Yahoo, Koum applied to work with Facebook, and he was rejected.

The WhatsApp idea came after the release of the iPhone. When Koum bought the Apple device, he thought of an easier and efficient way of sending messages with the iPhone. He also imagined that iPhone has the capability of redefining the app industry — and he wants to be part of the incoming app revolution.

After a series of thoughtful discussion with one of his trusted friends, Koum went into action and launched his app (and business) on February 24, 2009.

You may also like: Ways to Protect Yourself on the Internet

His co-founder, Brian Acton earned his place after generating a seed funding of $250,000.

Due to the rapid growth of the new app and the untapped goldmine of messaging apps, Facebook proposed a deal to Koum. And on the 19th February 2014, Facebook acquired WhatsApp for a whopping US$19 billion.

Koum is also giving back to the society, and he has donated massively to charity platforms like  The FreeBSD Foundation and  Silicon Valley Community Foundation.

Since the beginning of time, immigrants have always faced diverse challenges — from racism to discrimination in the workplace.

By continually developing your skills and being on your craft, you’ll attain mastery which will, in turn, open new doors of opportunity for you.

What challenges are you facing as an immigrant? And how can you use it as a stepping stone to build the life you desire?