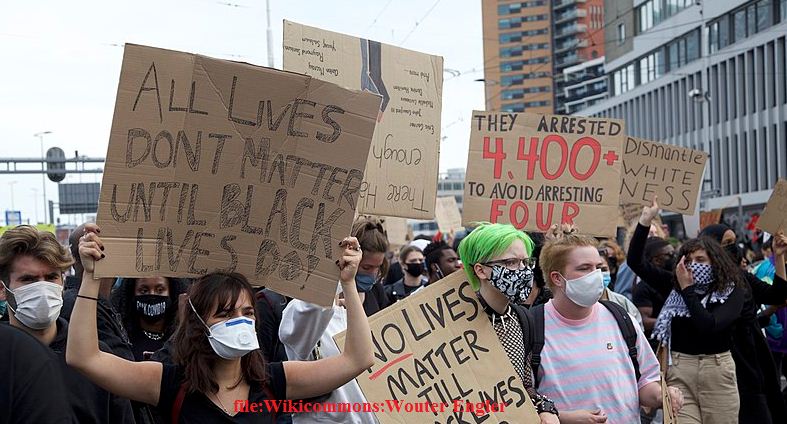 Protests continue across the globe on the death of George Floyd, an African American man who was killed on 25th May 2020 by uniformed American police. The Black Lives mattersensational quotes Movement, formed in 2013, and many other human rights organizations have firmly come out condemning American police brutality against the its Black citizens, and the systemic racial and institutional discrimination against black people.

In a video that circulated social media, a white police officer by the name of Derek Chauvin was seen kneeling on George’s neck for 8 minutes and 46 seconds.

Floyd pleaded for his life as he struggled to breathe. “I can’t breathe,” George pleaded as he called his mother until he took his last breath. The white police have, however, been charged with third-degree murder and manslaughter.

People across the world have joined hands; took to the streets to demand justice for the George’s family, and to call out America on the racial card it’s been playing for far too long. Black or white, many people are now mentally depressed to see the uncivilized path that a nation that prides itself as the most civilized economy in the world is heading. Those who are directly experiencing the backdrop of racism are tired, and need daily doses of encouragement and strength to continue to live their lives and function as a part of the society.

Compiled below is a list of 16 encouraging quotes that offer some reassurance. You are not alone. The world is listening and watching and so are the ancestors.

“Until the killing of black men, black mothers’ sons, becomes as important to the rest of the country as the killing of a white mother’s son, we who believe in freedom cannot rest until this happens.”

“Race doesn’t really exist for you because it has never been a barrier. Black folks don’t have that choice.”

“We have to remember that for millions of Americans, being treated differently on account of race is tragically, painfully, maddeningly ‘normal’ – whether it’s while dealing with the health care system, or interacting with the criminal justice system, or jogging down the street, or just watching birds in a park. This shouldn’t be ‘normal’ in 2020, America. It can’t be ‘normal.’ If we want our children to grow up in a nation that lives up to its highest ideals, we can and must be better.

“I have a dream that my four little children will one day live in a nation where they will not be judged by the colour of their skin but by the content of their character.”

“Race and racism is a reality that so many of us grow up learning to just deal with. But if we ever hope to move past it, it can’t just be on people of colour to deal with it. It’s up to all of us – black, white, everyone – no matter how well-meaning we think we might be, to do the honest, uncomfortable work of rooting it out.”

“No one is born hating another person because of the colour of his skin, or his background, or his religion. People must learn to hate, and if they can learn to hate, they can be taught to love, for love comes more naturally to the human heart than its opposite.”

“We have no intention of stopping this fight until we have eradicated every single remnant of racism in this country.”

“Virtue knows no colour line, and the chivalry which depends upon complexion of skin and texture of hair can command no honest respect.”

“There was one of two things I had a right to liberty or death. If I could not have one, I would take the other, for no man should take me alive. I should fight for liberty as long as my strength lasted.”

“Ignorance and prejudice are the handmaidens of propaganda. Our mission, therefore, is to confront ignorance with knowledge, bigotry with tolerance, and isolation with the outstretched hand of generosity. Racism can, will, and must be defeated.”

“I was raised to believe that excellence is the best deterrent to racism or sexism. And that’s how I operate my life.”

“If you are neutral in situations of injustice, you have chosen the side of the oppressor. If an elephant has its foot on the tail of a mouse and you say that you are neutral, the mouse will not appreciate your neutrality.”

“Kids know nothing about racism. They’re taught that by adults.”

“As far back as I can remember, I knew there was something wrong with our way of life when people could be mistreated because of the colour of their skin.”

You can’t make decisions based on fear and the possibility of what might happen.

Racial discrimination against the black community is not new. As oppressing as it may seem, we should stand up for our people without fear or intimidation. Whether black or white, let us stand together to fight this monster, because black lives matter.

Top African and Black Beauty Products To Use in 2020