Home Blog & Buzz 5 Herbs Blacks Are Drowning to Keep Safe From Covid-19 – And... 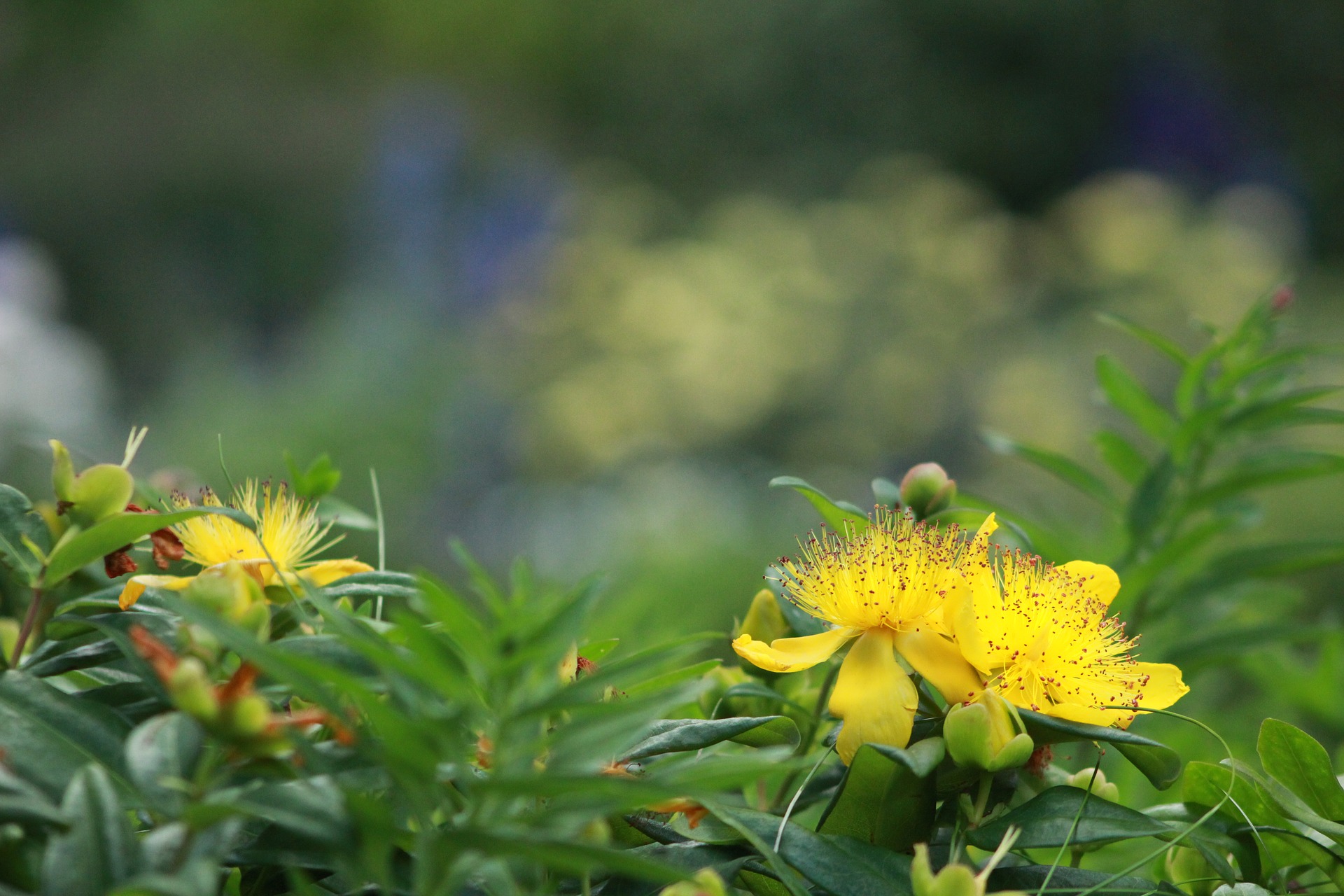 In certain parts of the world, it’s natural for people to head straight to the hospitals when they are sick. This isn’t true, however, for many. The Black people in particular often prefer to treat ailments with traditional herbal medicines. With all kinds of conspiracy theories roaming about on Covid-19, a hospital is the last place some want to go.

In western societies such as the United States of America, while there is a well established and robust healthcare system, there is hardly a trust in that system. According to Elischia Fludd, founder and president of EOTO World, “Black people have had to be particularly resilient; we know that racism in all its forms includes the way our pain and personal choices are perceived within the medical field. We already know that much of the national healthcare system is flawed, broken, overwhelmed and classist. Even if treatment for COVID-19 is free, trusting in our ability to receive standardized quality care is at best cautious. Many of us are far more willing to take our chances with self-treatment because we’ll have greater dignity in such an experience, even in the absence of medical expertise.”

Politics, racial tension, and distrust cloud many governmental policies including those that are developed in good faith. There are forecasts hinting that the current US White population will become a minority in three decades or less, and there are evidence to assert that many powerful White people especially the Eugenics are on the edge.

So, if some people of color are reluctant to go to the hospital, will they take medicines at home at least?

Naturally, some Black people don’t believe, and will never believe that manufactured drugs from a commercial standpoint have a permanent cure for their ailment. A slew of these beliefs emanate from a range of legitimate reasons such as – (i) the lack of trust in the corporate conglomerate drug companies (ii)  no money to buy the drugs (iii) in certain parts of Africa, some fear that they may not be buying the real medicine but counterfeit, and (iv) some people simply look at manufactured drugs, so artificially coated, with the same eyes that the vegans look at red meat. While scientists and people from the west refer to traditional medicines as folk or alternative medicines, they are by the very reasons mentioned above the primary medicines for some.

Black traditionalists and herbalists in Africa, Cuba, and other places are staunchly convinced that Covid-19 has some level of cure in herbs, especially when the intervention occurs earlier rather later. The Zimbabwe government reportedly endorsed the use of traditional herbal medicine to deal with this deadly disease.

According to Adelowo (2014), “the Yoruba Muslims accepted all healing methods although they continued to suspect the missionary motives of western-oriented hospitals.” (p. 371).

Many Nigerians and Ghanaians, both at home and abroad, are mixing and matching up herbs that they believe can go hand in hands with the precautionary measures they are already observing. For the ones abroad in the United States, their thought process is that if there are many possible ways of catching a disease with such a grave health risk like Covid-19, then there ought to be many creative ways of prevention and cure.

Indeed, from an esoteric standpoint, tons of herbs to heal ailments require other ritual steps that only an inductee could carry out the requisite divination, but some are also plain staples one can pick up in local supermarkets, steam up, and consume. The use of some of the herbs is quite commonsensical  that they need no esoteric explanations on why or how they work. Here are 5:

5 Herbs Africans Are Mixing to Keep Safe From Covid-19

Prekese (scientific name: Tetrapleura tetraptera) is a purple-brown like fruit with a very thick bark. It has several names in Africa. For example, while the Ghanaians call it Prekese, the Nigerians refer to it as Aridan. Prekese has long been claimed as a fruit with spiritual power. Among its many components are protein, iron, and vitamin C. Traditionalists in Africa often use it to treat all kinds of ailments particularly fever and flu attacks. Read more about Prekese here.

Another fascinating plant used in the treatment of ailments in Africa is called Bitter Leaf.  Like Prekese, bitter leaf is called many names among African tribes and tongues. The Akan (modern day Ghana) tribes refer to it as Awɔnwono, certain tribes from the Democratic Republic of Congo call it  Bololo, some people from Ethiopia know bitter leaf as grawa, and Nigerians call it different names depending on their tongues and dialects. For example, the Yorubas know it as Ewuro, but the Ibos and Hausas have other names for it. Bitter leaves may have thousands of names, but it’s unique in every sense in that it derives its very taste from its very unconventional attribute: it’s bitter. Bitter leaf cleanses, disinfects, and heals.

The older African generations use the stems in place of toothpaste and toothbrush. Bitter leaf is believed to be a useful herbal component in the treatment of diabetes, stomach infection, malaria,  and some inflammatory diseases.

The Yorubas in Nigeria believe that trees have spirits. Tiny as it is, compared to thousands of major bigger trees in the forests, they ironically ascribe higher hierarchical order to the tree of bitter leaves.  Interestingly, these leaves can grow naturally without being planted, and thus susceptible to environmental harmful effects. The environment you fetch bitter leaves from matters to its healthy consumption. Many African Market stores in the United States particularly in New York City source healthy-grown bitter leaves from across Africa and have them for sale.

Ginger (Scientific Name: Zingiberaceae) is the number one African spice. It’s a peppery, light-skinned root plant with a yellowish substance super common  to the tropical.  It’s been said to promote food digestion, proper functioning of lungs, liver,  joints, hormones, and many other physiological functions. To make a concoction out of ginger, Africans sort clean and fresh gingers, rinse and peel, and simply blend them and strain the juice.

Dandelions (Scientific name:  Taraxacum) are very special in that they are super simple plants; easy to access, and yet super useful and healthy. Because of their colors and effects on humans’ health, most tribes refer to them as the Sungod plants. Dandelions have been described to contain packs of vitamins double of what can be found in milk, carrots, spinach, and vitamin C and K  combined. Interestingly, dandelions also grow naturally- you can find them in your yard, nearby garden, parks, and local farms.

Pineapple (scientific name: Ananas comosus) is also a tropical plant. When grown naturally without any hormones, pineapples can take about  25 to 36 months to yield its harvest.  Rich in vitamin C, its bromelain properties could help with respiratory issues. Africans have used naturally grown pineapples along with other components to treat a condition known as Iko-Ife by the Yorubas (Tuberculosis). A big shame on Covid-19 as pineapples are mostly harvested in early Spring, and now can be accessed in most tropical regions.

The fight to survive Covid-19 is real, but its coming at the time when the world seems to be at its most vulnerable state making it even a tough fight. The powerful fights on to retain power, the weak holds on tighter seeking to laugh last, while nature cruises around telling them both that it doesn’t give a care. Will the trust in natural herbs help?

Your turn: What do you make of all these? A topic on opinions like these is just too hot for you not to jump in! Waiting for the popular media to call you before you express your view? Good luck! This is your space, share your comments now. To be included as a reference on our publication, send thoughts and contributions to us at: info@afrogistmedia.com. Please include your Twitter or Instagram, and/or credible links to get proper acknowledgement and media exposure that you deserve. You can also choose to remain anonymous if you so prefer.

Disclaimer: AfroGist Media claims no expertise in the knowledge of medicines and pharmacy, and as such makes no diagnosis-based statement nor recommend any drugs to cure or heal any ailments. This post does not serve the purpose of making recommendation or prescribing medicines to any one. Readers take full responsibility for the research and actions taken upon reading this post.

The next time you think of Africa, remember this.