Home Blog & Buzz 5 Dishes From West Africa That Will Leave You Drooling | West... 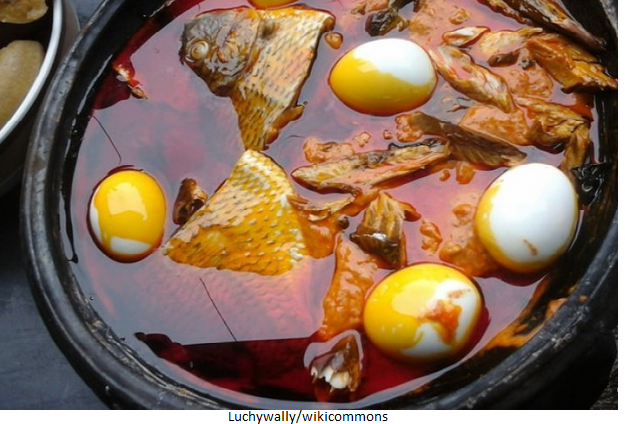 West African dishes are among the best foods that you will ever come across. The countries history and interactions with Arabs and Europeans is known to have played a role in the current West African cuisine. While some of these dishes may differ, the ingredients used have some commonality.  Most of the West African delicacies have a chili pepper, tomatoes, and onions enriched on the base. The meals are prepared using traditional ingredients which make them delicious, nutritious and special. And below are some of the 5 West African dishes that will leave you drooling.

Kedjenou is a Cote d’Ivoire cuisine. It is a spicy stew which is slowly cooked in a covered terra cotta pot on coal. Normally the dish is prepared with guinea hen or chicken and vegetables. Preparations of the stew vary depending on one’s preferences.  When ready, Kedjenou is served along with a side dish made from grated cassava.

Nkatenkwen is a delicious soup mostly cooked in Ghana, also called groundnut pate. The soup is prepared by mashing ground nuts into a thick paste served along with fufu. The groundnut is mixed together with onions, fish/meat, tomatoes, palm oil, garlic, and mixed chilies. In Nigeria, the soup is served along with pounded yam.

This delicious meal is one of the easiest West African Cuisine that you can make. It is simply made from plain beans which are first boiled and then mashed. It is however not complete without the paste which is made from onions, tomatoes, pepper, and other spices.

Kenkey is a stable food for West Africa which features a unique preparation process. First, you need to grind some corn and then ferment it for a few daysa dough. Fermented dough is then mixed thoroughly and cooked with hot water. It is then wrapped in a foil and steamed. Kenkey is mostly served with fish and soup.

Must read: How to prepare a sumptuous Cachupa at home