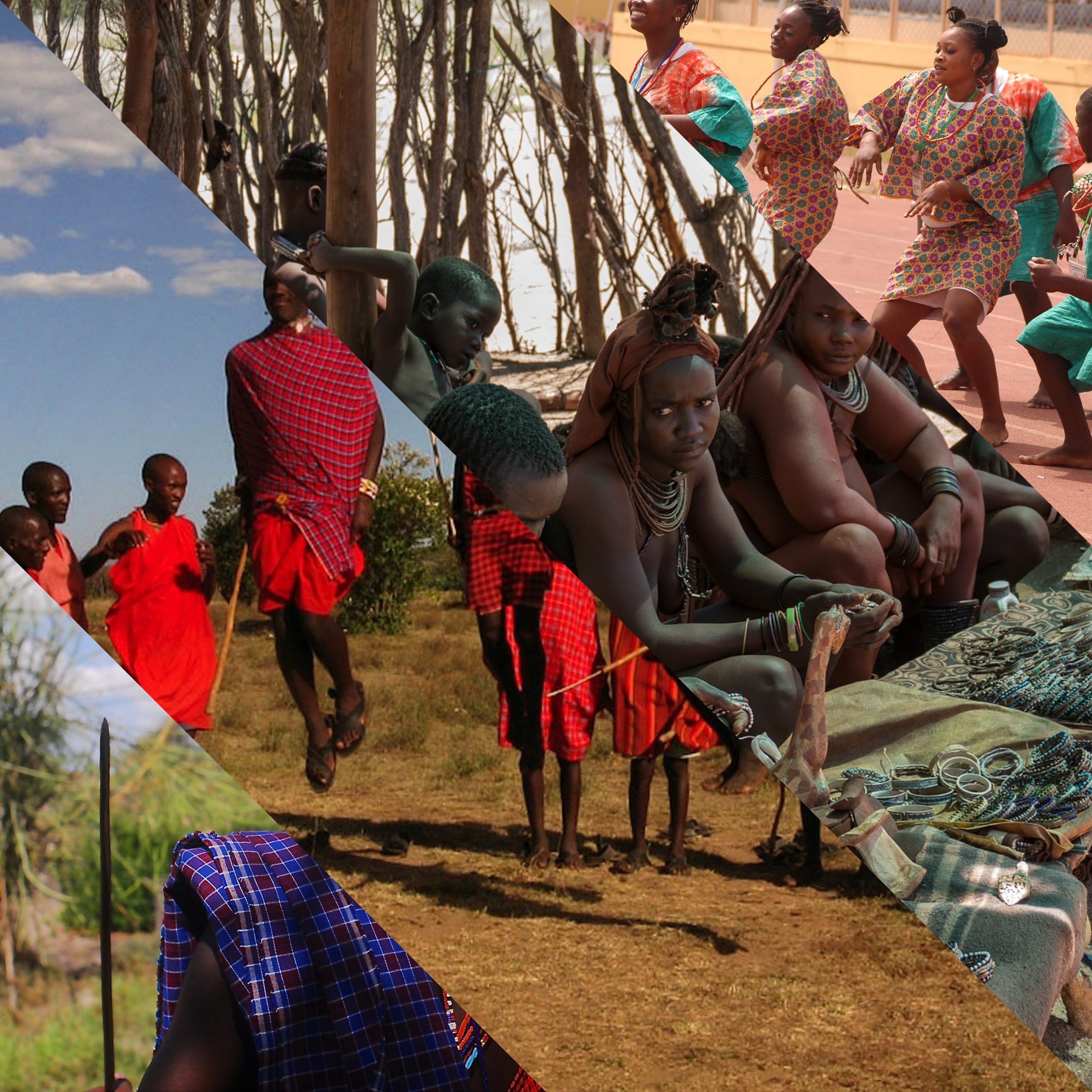 Renting out their wives like as in Bread and Breakfast, scolding a child for left-handedness, scooping out young girls’ genitals to ensure virginity is intact, and more. These are the sins of our elders that African Gen Zs will soon clean out.

African Traditions and Gen “Z – There are African traditions that soon will be ditched by the Gen “Z”. Many of them have very negative impact and some are downright bizarre. Africa is a continent crisscrossed with myriads of traditions and cultures. Some of these traditions are admittedly archaic, but still practiced.

The new generation of African adults that coming behind will ditch these practices because they contradict the lifestyle and the beliefs championed by the new generation usually referred to as the “gen Z”. Let’s point out a few of these African traditions that will soon be completely ditched by the Gen z.

As a young child, I believed that the left hand was unclean. It is the hand used in the toilet. Use your right right hand to wipe up after using the restroom, and watch your parents scold you like you are plotting a civil. Conversely, you won’t dare use your left hand to eat in the house.

It doesn’t matter if you are left-handed. I thought it was just a Nigerian thing. But, taking a closer look, I realized that it is a belief generally prevalent in Africa and many parts of the world. The left hand is forbidden for eating and receiving things from people. It is considered a taboo in African countries. These countries include Ghana and South Africa. I can only wonder at what amount of $$$ would one gift an African that would make them forget you were offering it from a left hand.

Many Africans don’t recognize or encourage their children with left-handedness. The moment they see their little ones cuing to lead with his or her left hand, watch them. In Africa, people go as far as changing their left-handed kids into right-handed users incentivizing their approach with some kind of sanctions or reward. In many cases, some African parents have resorted to adopting corporal punishment to instruct their kids who to them is “abnormally” inclining to using a left hand.

Some left-handed African children experience childhood trauma caused by flogging. There are lots of learning disabilities that are often undiagnosed as a result of this. Left-handed Africans grow up with stigma for been left-handed. They can be taunted or bullied by their right-handed schoolmates. Many left-handed people in Africa are considered rude or innately arrogant because they use their dominate hand.

This culture will soon be ditched by the Gen z because the next generations of adults have had access to knowledge and information that would have otherwise been difficult in the past. They understand, for instance, that their genetic code or gene expression is largely responsible for predisposition toward a left hand. And in short, they know that hands are nothing but hands, left or right.

As a visitor to the Ovehimba and Ovazimba tribes of Namibia, you will get the Okujepisa Omukazedu treatment which is a form of hospitality prevalent in the tribe where a husband will gift his wife out to his guest for the night to have sex with during his visit.

The practice is carried out without the consent of the wife. Even though she has the option of refusing to sleep with him, she still has to sleep with him in the same hut while the husband either sleeps in another hut or outside for the lack of another hut.

This tradition is a gross violation of women’s human rights not to even mention women’s rights. Actually, it’s a hard-hit assault on common sense. Not only treating your wife as a mere property or using her as a glorified sex slave in her own marriage, but equally allowing ” double dipping,” for the lack of a better word. The next generation is sure to eradicate such a tradition because they are aware of their rights and worth. The generation is also very vocal about the evils of society and are ready to always oppose.

You may also like: How Culture, Ethnicity, And Race Influence You

The virginity test is done in a secluded area, where, the girls are made to lie down and open their legs wide for professional virginity testers to survey their private parts and certify that the hymen is still closed.

The perpetrators of this act claim to be doing it to protect the girls dignity and prevent them from losing it. This is ironic because the process itself is very degrading. A certificate is also issued for this practice. It’s no surprise why men from these societies look down on women like they are extra in a word show. Just imagine a young boy raised to be a man in these kinds of settings.

This practice and others are obvious violation of human rights. They are a heap of shame on the so-called leaders of these societies. Subjecting young girls to these practices in this day and age is a stain on our societies’ conscience. It is an example of those debase African cultures that though are crying out loud for evolvement, some are still doubling down in display. You might hear the government coming out to openly condemn the practice, but look out for a hidden hypocrisy. When a policy that ought to instantly criminalize a behavior stalls to even get a floor, you can’t but blame the leaders. But watch, gen Zs are coming y’all!

It is a sure tradition that the new generation will eradicate. The new generation are very particular about their privacy and rights and this tend to lead them to be a lot more vocal than the older generations. The tradition of virginity testing will be dumped soon by the next generation.

Weddings are never taken lightly in Africa especially in Nigeria. The lavishness and display of “wealth” trumps the actual act of marrying. Specific days of the week are left specially for weddings.

There is an unwritten culture of holding three weddings in Nigeria. Getting married starts with the introduction, then the engagement before the wedding, in the case of a Nigerian couple, weddings.

A typical Nigerian wedding comprises the traditional wedding, the white/ church wedding or in other cases the religious wedding and lastly the court wedding. These weddings are usually loud and filled mostly with people the couple doesn’t even know entirely or relations that they have never met.

A typical Nigerian wedding will always tell on the pocket. They are usually very expensive and extravagant. This tradition will quickly be a thing of the past with the newer generation who understand the economic implications of having three weddings.

These weddings are financially constraining for the couples and many tend to run into debts from their weddings just to keep up appearances and please family and friends. The next generation will likely lean towards just a court wedding.

Female circumcision which is the outright or practical cutting of the external female organs is a common practice in Africa and other parts of the world. This is practiced by twenty-nine African countries including certain parts of Nigeria, Ghana, Ethiopia and Zambia, to mention a few.

It is done as a ritualistic rite of passage into womanhood by supposed enlightened older women who know next to nothing about medicine or health practices.

It could lead to so many consequences that includes permanent mutilation, sexual dissatisfaction, severe life-long pains and even death. Furthermore, it is considered child abuse and extreme violation of human rights.

Most human rights and global health organizations are taking it upon themselves to combat and campaign against this practice all over the world. The practice is dying out gradually, but more work is still needed. This is a tradition that the “Z” generation will eradicate.

There are many fascinating African traditions and cultures that most people are proud of. This post is not a campaign to denigrate African culture and tradition, but a call to moderate decency and decorum. Many African cultures and practices are virtuous, wise, honorable, dignified, and just beautiful. Yet, many are poorly thought of, out of time, bizarre, negative, and quite disturbing. Some of the practices are simply pacifying perverts, hailing maniacs, and celebrating the creeps who want to maintain the status quo under the pretext of culture and tradition. But, the only thing constant is change.

African Gen Zs are growing and they are unstoppable. Soon, there won’t be bread anymore for the wicked. Time will soon knock the dogmatists out of their seats. With enlightenment, negatively impacting traditions will be eradicated and made a permanent thing of the past by the next generation.