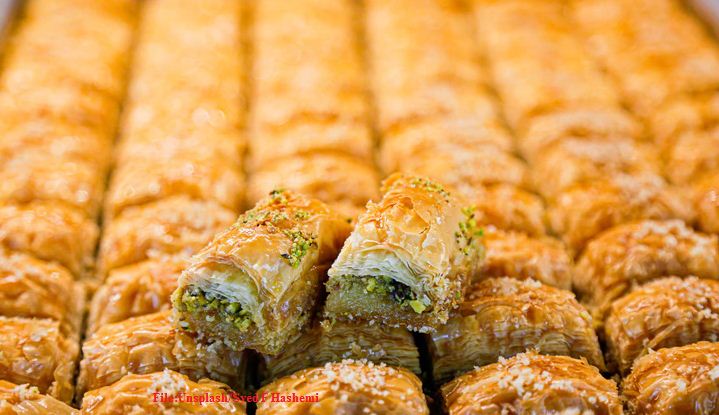 Baklava is a sumptuous dessert that is as sweet as it appears. The delicacy has many variations that differ from one country to another. Though the name may seem ambiguous, it is simply a layered dessert that mainly comprises layers of Phylo pastry, honey, and groundnuts.

Many controversies surround Baklava origin, however, the treat has evolved since the first recipe was discovered.

So, before we get down to cooking, get to know some history of this amazing treat.

Baklava has been around since ancient times, as early as the 8th century B.C, and is one of the popular treats of Ottoman cuisine. During those times, the dessert was prepared using unleavened bread with stuffed nuts and later drenched in honey before baking in wooden ovens.

The recipe has evolved, and today, different variations are enjoyed across the globe. However, there is no much documentation about Baklava

The modern variation is said to have first been served in Istanbul. This was during the 15th day of Ramadan month in the Baklava Alayi ceremony.

As time went by, more countries discovered this mouthwatering dessert and made it part of their cuisine. Though there is no documentation of the pre-Ottoman origin, the dessert is prevalent in most ceremonies.

When perfectly prepared, this dessert can melt your heart. In fact, Baklava is one sweet that many eat with full acceptance of all the guilt feeling that comes with eating sweet. It is that indulging!

And here is how to prepare yours.