Home Blog & Buzz The life and legacy of Kwame Nkrumah 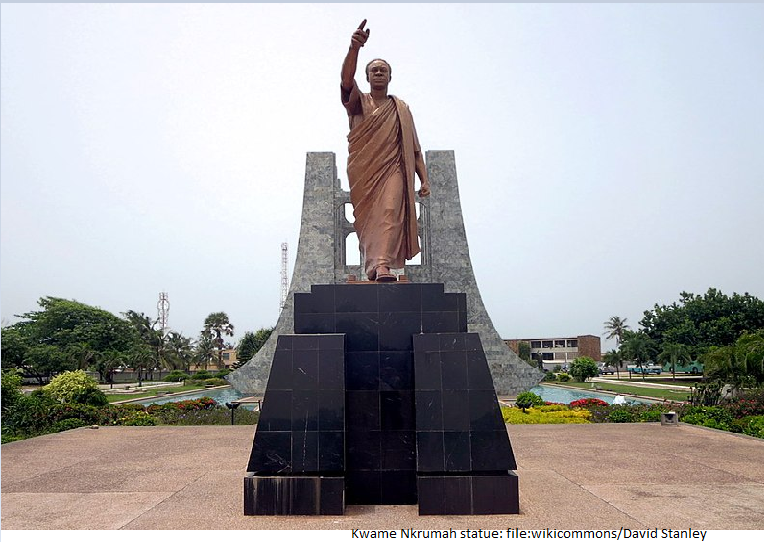 Dr. Kwame Nkrumah is one of the most outstanding figures in the history of Ghana. He was born in 1909 in the western part of Ghana. During his early life, he went to Achimmota School after which he got the necessary training to be a teacher. In 1935, Kwame Nkrumah got an opportunity to study at the Lincoln University where he graduated with a B.A. He later got an opportunity to lecture political science at the University of Lincoln.

He also moved to the University of Pennsylvania where he attained a master degree of science in education as well as a similar master of arts in philosophy. During this time, he also became the president of the African Students Organization. Later, he moved to England where he played a pivotal role in organized the first pan-African congress.

Dr. Nkrumah later returned to Ghana in 1947 after which he formed the Convention People’s Party which split from the UGCC that was led by Dr. Joseph Boakye. Together with other party leaders, they were arrested in 1948 during protests against the high cost of living in the Gold Coast.

After his release, he became widely known as the youth leader in the region. He would move from one part of the country to the other proclaiming the message of self-determination. In 1950, he announced affirmative action against the colonial government after which a state emergency was declared, and many leaders were arrested, Nkrumah among them.

Among the many achievements that Dr. Nkrumah is remembered for, the most outstanding one is his zeal to have the United States of Africa. He championed for the formation of a united group of states in Africa. He did this by convincing other state heads during that time that it was in the best interest of Africans to unite.

The process led to the formation of the Organization of African Unity that championed for the Unity of Africa. Apart from political achievements, he also contributed to the socio-economic development of the region.

During his time as the president, different corporations like the Ghana Rubber Estates Ltd contributed to the economic development of the country. The government modernized cocoa production during this time. Dr. Nkrumah did this with a view of providing employment to the people and to make Ghana a giant in food exports. Such industries opened up other opportunities in the country including the hydroelectric power production that was used in the manufacture of tires.

Nkrumah was accused of dictatorship by his people, and his government was overthrown. Most people still believe that there was a foreign meddling involved especially from the European government, Ghana’s former colonizer. Though Nkrumah spent his later life in exile, he made a significant impact in Africa and fought for his nation to achieve its sovereignty. He is associated with a lot of developments that took place in Ghana. He died in Romania in 1972 and losing such an influential leader was a massive blow to Africa. He left a legacy which many leaders need to work hard to achieve.

5 Must Do to Get Africa in the Right Direction