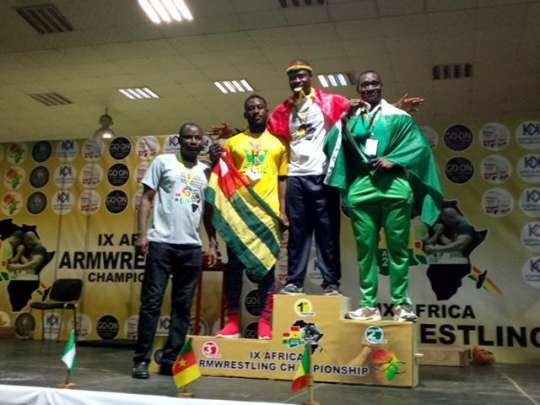 The relationship between Ghana and Nigeria might be heading to hell again as the Ghana Union Traders Association, called GUTA is now calling out loopholes in Ghana’s rule of law and order against “foreigners.” He reportedly was referring specifically to  Nigerians.

According to history books, it was Ghana who first sent Nigerians packing in 1969 following the establishment of a rule called the Aliens Compliance Order. Whether it was done out of political retaliation or out of its “justified” necessity, Nigeria too, in 1983, under the leadership of Shehu Shagari sent “ undocumented immigrants” packing which resulted to an exodus of reportedly over a million Ghanaians.

The trend was dubbed a term by Nigerians called “Ghana Must Go,” stemmed from the Nigerian protesters who pushed for the mass deportation policy. A sack-like bag that was so high in demand and ultimately ran out of sales was pinned with this term.

This recent call out against foreigners by GUTA  is happening in the day and age when Ghana is pursuing the most aggressive open-border ambition with countries around the world. From South Africa to Jamaica, you need no visa to enter Ghana, and under the “Right of Abode” enacted in 2018, if you are black claiming you are a descendant of slaves in the Americas, Ghana would gladly welcome you home. If your “returning home” idea carries some mighty dollars with it,  and you plan on investing, talks would be expedited with community leaders, and you’ll get a land. Build on.  Your class status in Ghana’s social stratification system can be way above an indigenous Ghanaian who can’t afford their rent.

Actually, you need not be black in Ghana to pursue serious investment plans that would transfer to you permanent rights of vast array of lands. The Chinese institutions and its entrepreneurs know this much. Their ambition doesn’t only pursue land use, but along with it  the monopoly to access certain raw Ghana products; manufacture them, and resell to Ghana and the rest of African countries.

Ghana and Nigeria’s relationship has lots of historical ups and downs. They’ve hurt each other socio-economic wise in the past for sure, but unarguably their destiny appear to intertwine. They are closer to each other geographically, they’ve inter-married,  and it’s not impossible that a lot of the people that are now referred to as foreigners have been living on Ghana’s soil since two to three generations ago. A tribe in Ghana called the Gans claim their ancestral journey from the Yoruba land which is in the South-West part of Nigeria.

Many successful  Ghanaian-international  business men and women acquired their learned skills as young entrepreneurs in Nigeria, and many Nigerians have built highly successful enterprises nurtured and grown by the Ghanaian society.

So the question for GUTA now is how will it implement  getting foreigners out without getting out everyone that isn’t indigenous Asanti, Ewe, Gans and other Ghana indigenous tribes? Why is the move to get foreigners out coming from the Trade Association? Who now is a Ghanian and who is not?

As for Nigerians, who pride themselves with the so-called “drive”, “business acumen” including the go-getter disposition to pursue higher education ambition to get jobs at lofty offices, there is a food for thought. Having all of those drives are good, but lacking the nationalistic drive to send off week government and institute a just society that can sustain their octopusal and uncontrolled population growth is weak and cowardice.

Someone patriotic enough stood up for Ghana in 1979 risking his life and those of his family and left some dents in Ghana’s progress. It’s time that Nigerian citizens, young or old, influential or obscured, stand up for something but money and show-off.

As for all Africans, there is also some food for thought: Boris Johnson of UK is your man. Just read what he writes (see link, password: Africa) about you in 2002. If you are thinking he’ll retract those words in 2019, kid not. He’ll double-down.  Let’s leave the analysis on his writing for another topic. He’s wrong on many points, but super accurate in one: we can’t get along.

Eager to read your comments on this Op-ed. It’s your voice; share it below: