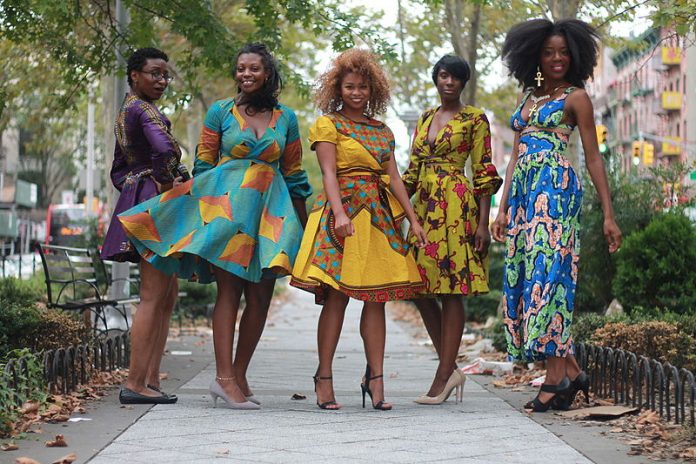 Could it be said, that the African fashion industry still struggles to sustain itself despite all the global excitement around contemporary African clothing design? Many African cities that seek to be recognized for African dresses, African apparel or, African inspired clothing are witnessing the launch of fashion weeks. Of course, there is now a cultural shift that makes these ethnic inspired clothing more desirable in the fashion world. It’s beyond just an outfit, it’s a statement: a declaration of identity, a new found beauty, or even, the new money. It was reported recently that Naomi Campbell, a British born model and actress, was calling for an African version of the Vogue.

Campbell, a Jamaican descent, reportedly attended  a runway at the grand return of Lagos’ Arise Fashion Week. Impressed by a new world of black fashion beauty, and perhaps engaged in a quick spin commercialization strategy, called out that African apparel be projected as fashion is in the Vogue.

To follow Campbell’s line of thought, would this mean African designers yielding their artistry and skill for the class of Ralph Lauren and other western designers to take the lead? The talk around whether Africa needs its own “Vogue” highlights the continent’s talent, its cultural depth, but also indeed, as argued, the struggles that designers are confronted with  in developing a lucrative retail business beyond yearly runway marketing strategies. There we go again, we have always “needed” the Western contractors helping to drill African oil; foreign expats, “consulting” on building African bridges, African military, African peace, and more.

Though it’s totally fictional, yet, head swells when you are Black or an African watching Black Panther. Certainly, a cultural lift as perceived by many. When you spot celebrities and fashion moguls in the likes of Beyoncé wearing African clothing, however, it’s as real as it gets: African print fashion is in the wave. Head shrinks too, however, and for some, jaws drop, when they realize that Africa only owns the fashion of its widely famous print, but hardly own companies that produce the fabrics. African prints’ history is complicated and lumped with China, Dutches, and Indonesia.

It’s a sad theorem, but it appears that Africa doesn’t own a thing, but aids.  Of every discovery of great minerals in its soil, and of every opportunity that can be converted to strength, Africa needs foreign appraisals, its old colonists, to help analyze and accentuate its worth. There is no more a need for blindfolding; mind conditioning is at work. No more taken, but an exchange. You can own many things and still be owned.