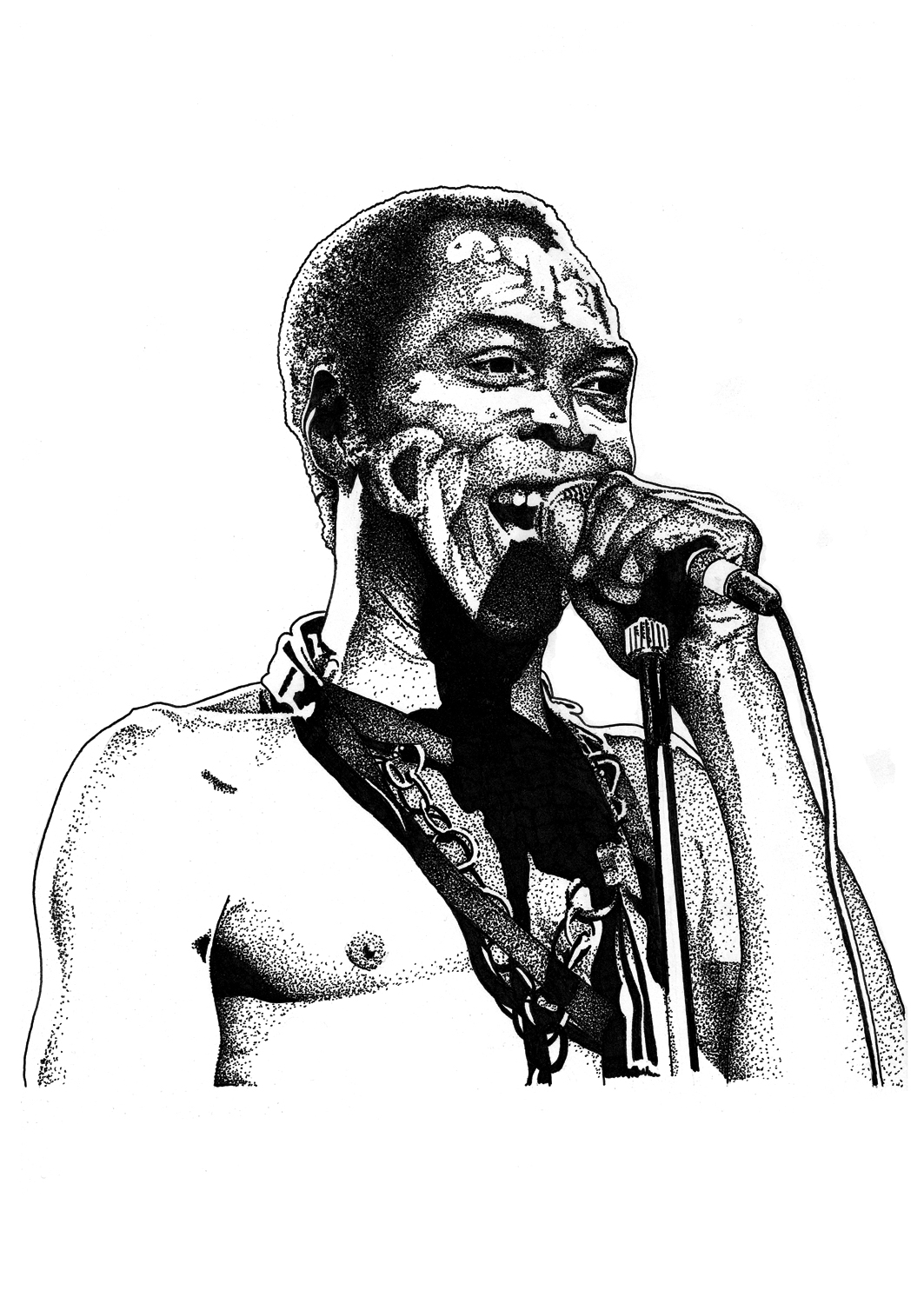 22 years ago this week, Fela Anikulapo Kuti died of HIV/AIDS, leaving behind an incredible legacy. In the 1970s, Fela composed some of the most honest, challenging, and danceable pieces ever performed. In being a pioneer of the Afrobeat music genre, Fela and his band, The Afrika 70, proved that art could be the best form of activism.

Born in British Nigeria in the 1930s, Fela was a committed anti-imperialist and human rights activist. The messages in his music lead to his torture and the killing of his mother by the Nigerian government. Still, he pressed on, writing political song after political song. His fearlessness as a performer and as an artist was beyond admirable.

Fela was also gifted with an incredibly knack for rhythm, creating some of the most memorable grooves to date. The Afrika 70s’ angular guitar riffs, funky bass-lines, polyrhythmic percussion sections, poppy horn licks, and jazzy saxophone solos worked perfectly with the political messages of the lyrics. The infectious nature of the music makes sure that these messages aren’t only understood, they are felt.

If you like music and are unfamiliar with Fela Anikulapo Kuti & The Afrika 70, you are missing out.

Fast forward to 2019 is another Nigerian, Burna Boy who subtly integrate Fela’s art into his popular album, Anybody. Watch below: