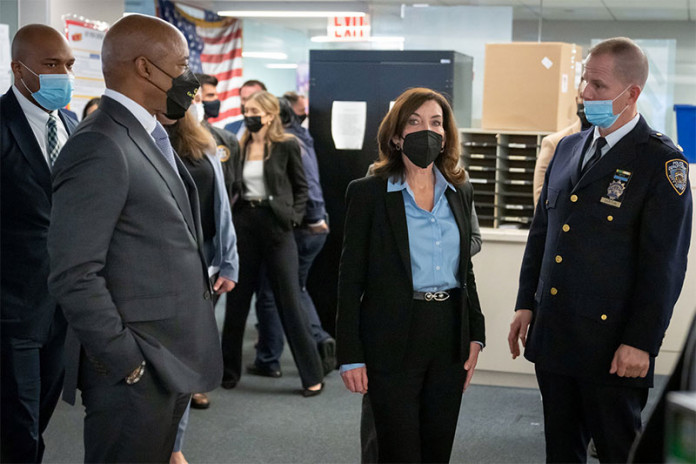 Must Read: 10 Iconic Chefs Causing Disruption in the Industry

Mayor Adams, today, also signed Executive Order 10, which sets forward the roles and responsibilities of the New York City Cyber Command (NYC3). Under the direction of the New York City Office of Technology and Innovation, overseen by New York City Chief Technology Officer (CTO) Matt Fraser. The order also requires each city agency to designate a cyber command liaison who will work with the Office of Cyber Command to share information, monitor threats, and adopt best practices around cyber security.

“Technology runs our water, controls our electricity, and notifies us during an emergency, so cyberattacks have the ability to bring our entire city to a halt if we are not prepared,” said Mayor Adams. “Our city is a prime target for those who want to cause destruction, and while New York City Cyber Command is already a national model for impeding these threats, it’s time our cybersecurity gets moved to the next level. The new Joint Security Operations Center will take an integrated and holistic approach to harden our cyber defenses across the city and the state, building on the robust cyberinfrastructure New York City has developed in recent years. We thank Governor Hochul and our fellow mayors for recognizing the urgency of this challenge, and the importance of working together to confront a common threat that connects us all.”

“New York has the opportunity to pioneer an integrated, statewide approach to cybersecurity, and I’m proud to announce this innovative partnership with Mayor Adams and New York City, our upstate cities, government and business leaders across the state,” said Governor Kathy Hochul. “Cybersecurity threats pose a risk to every facet of our lives. That’s why I put improving our cyberinfrastructure at the forefront of my administration as we chart a course to better protect our state and our citizens. The Joint Security Operations Center will serve as the epicenter in helping to defend against this emerging threat.”

The JSOC will be staffed by NYC3, federal and state law enforcement entities, and representatives from local and county governments. The command center will strengthen New York State’s threat detection capability by centralizing telemetry data — allowing officials to assess and monitor potential threats in real-time. The JSOC will also streamline threat intelligence and responses in the event of a significant cyberattack.

In 2017, New York City created NYC3 through Executive Order 28. The body coordinates the city’s cyber defenses across more than 100 agencies and offices — helping monitor, deter, and respond to potential cyber threats. NYC3 has developed and launched NYC Secure — a first-of-its-kind, free application that provides warnings to users when suspicious activity is detected on their mobile devices — and implemented new protections on public Wi-Fi networks. NYC3 has also led the nation in developing protocols and policies to prepare for and prevent cyberattacks.

“Hardening our defenses against the growing threat of cyberattacks will take a whole-of-government approach,” said First Deputy Mayor Lorraine Grillo. “New York City has already led the nation in building its cyberinfrastructure, and today’s announcement underscores our commitment to working together with our statewide partners to confront this problem and ‘Get Stuff Done.’”

“In this modern era of intensifying cyber-attacks on municipalities and critical infrastructure, the creation of this Joint Security Operations Center marks a transformational moment for cybersecurity in New York State — one that has the potential to make us the most cyber-resilient state in the nation,” said New York City Chief Technology Officer Matthew Fraser.

“It’s a prime example of Mayor Adams’ unparalleled commitment to leveraging technology to ‘Get Stuff Done’ for New Yorkers — in this case, improving their safety and well-being — and a tribute to Governor Hochul’s prioritization and investment in New York’s cybersecurity infrastructure. Thanks to their leadership and vision, this center will erect a formidable shield around the state’s cyber perimeter, and 20 million New Yorkers will be the beneficiaries.”

Last year, then-Brooklyn Borough President Eric Adams joined The City University of New York (CUNY) Chancellor Felix V. Matos-Rodriguez and New York City College of Technology President Russell K. Hotzler to call for greater investments in cybersecurity education. At the time, they cited cybersecurity as a burgeoning field and highlighted the urgent need to prepare New Yorkers — particularly those who are currently underrepresented in the tech sector — for roles in that field.

Under the leadership of the CTO, JSOC will pursue partnerships with local educational institutions, such as CUNY, to develop a cyber curriculum and build out the talent pipeline to connect graduates with jobs in the public and private sectors.

Nigeria at the Verge of a Meltdown