Home Blog & Buzz Is Wildlife at the Verge of Extinction? 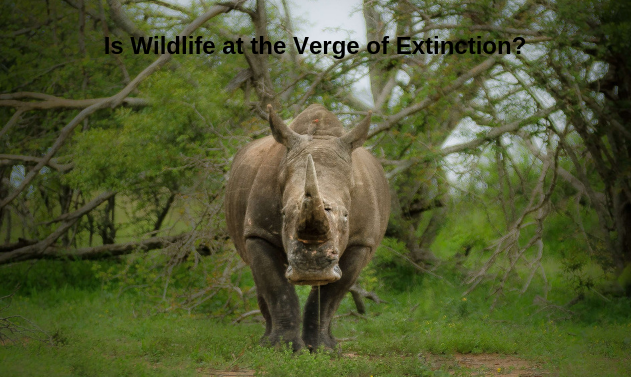 A team of five poachers entered into the Kruger National Park, South Africa to go about their normal routine — hunting wildlife for financial gains.

The day turned sour when an elephant killed one man in the team.

Due to some unknown reasons, the other members of the team dropped the lifeless body along the road so that passersby could see it in the morning.

However, things didn’t go as planned as they’ve unknowingly dropped off a good meal for the hungry lions.

When the park authorities were notified about the incident, a search party was dispatched to recover the body.

The body was recovered after a series of searches. Also, the family was notified about the death of the man. The man had a wife and children.

Nothing was really recovered — just his skull and pants.

Indications show that a pride of lions devoured the man, and nothing was left of him — except his skull and pants.

After a series of investigations, the other team members were arrested. And a further investigation is ongoing to ascertain the complete story.

Nowadays, there has been much talk about wildlife preservation and how many beautiful wild creatures are at the verge of extinction.

If we’re not careful about the way we preserve these creatures, the next generation may not be fortunate to experience the thrilling presence of these wild creatures.

The population of creatures like the black rhinos has drastically reduced in the last two decades. And if adequate measures are not taken, we may be dealing with another phase of wildlife extinction.

Still, on wildlife extinction, the greatest threat to these wild creatures is poaching.

Poachers have always been in the business of hunting and killing wild animals. To them, it’s all about the short term benefit — the few hundred dollars or millions they would generate from the sale of these creatures.

Typically, poachers go after wild creatures with unique features like the horns, skin, and other body parts — these body parts are known to have medicinal values.

Here’s the thing, poachers pose a significant risk both to themselves and to the wildlife.

Just like the man in the story above, they’re at risk of getting killed by these dangerous animals.

Aside from the legal consequences associated with poaching, poachers are not only endangering the lives of wild creatures, but their lives are also at risk.

Over the last two decades, thousands of poachers have lost their lives, the others who are alive seem not have learned a lesson.

Hostels, restaurants, and other businesses depend on tourists to thrive. Therefore, economic activities would be put on-hold if poaching is not curbed.

Although poaching may seem to be a lucrative job in the local community, in the long run, we’re at the risk of losing these wild creatures.

Animals like the Black Rhinoceros and the Sumatran Tiger are already at the verge extinction.

Furthermore, there has to be a balance in the economy. The predator-prey relationship has to be maintained. If not we’re in for big trouble.

In what ways should we protect wildlife in Africa?

Akon City – Everything You Need To Know