Home Blog & Buzz How to Gain the Right Perception in Life 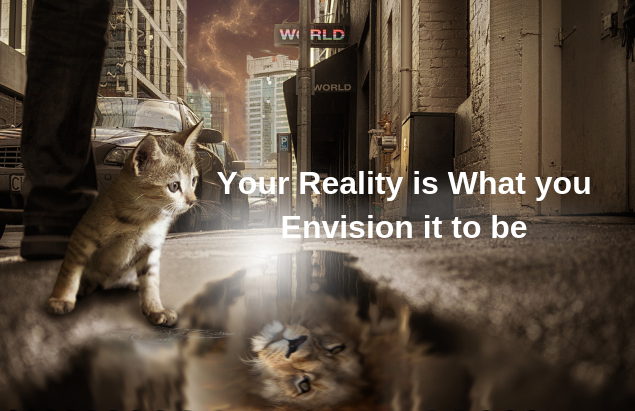 Your perception is your reality.

You’ve probably heard that statement several times, but how true is it?

An ancient story has it that a farmer lost his horse. His neighbors came around to sympathize with him.

To them, the farmer has experienced a vast misfortune — his only horse was gone. But the farmer maintained his cool — he had a different view. To him, no one knows what’s good or bad.

Two weeks later, his horse returned. Not alone, but with dozens of other wild horses. The farmer and his son quickly wrangled the wild horses.

Again, his neighbors came around to celebrate with him — the gods must have been gracious to him. The farmer still maintained his cool. “No one knows what’s good or bad,” he said.

The next morning, one of the wild horses stepped on his son. The boy broke his legs.

Again, the neighbors came around. This time, they expressed displeasure and how the event was a misfortune — may be a curse from the gods.

As usual, the farmer maintained his cool — No one knows what’s good or bad.

A few weeks later, the country was at war. And every healthy young man was recruited into the army. But the farmer’s boy was left behind — he’s not physically fit to fight.

The war was brutal — most soldiers died.

The farmer’s neighbors congratulated him — the gods prepared a way for him by injuring his son, making him escape the brutal war that killed most of his mates.

Again, the farmer maintained that no one knows what’s good or bad.

Here’s the thing, events are just events. In the Universe, there’s no good or bad. What makes things good or bad is directly dependent on your thinking.

In life, most people have a similar interpretation pattern. They see some things as good, while other events are considered bad.

But that’s not always the case…

Life is an art, and you’re the artist.

If ten artists were to draw the figure of a man off the top of their head, possibilities are, you’d have ten different drawings. But all the drawings would reflect one picture — a man.

Because the stories are different, one artist visualizes a tall man, then draws it. The other envisions a short man sitting, then create it. Each creation is a reflection of the story that’s been told in the mind of each artist.

Your life is a reflection of the story you tell yourself.

Your boss decides to move you to a different department. You can see in different ways.

First off, you may become moody and tell yourself the awful story that your boss wants to frustrate you.

Or, you see it as an opportunity to grow, gain more valuable skill, and become an employee of higher value.

Whatever story you choose to go with becomes the life you get to create.

What stories are you telling yourself today?

5 Current Immigration Updates You Should Know About