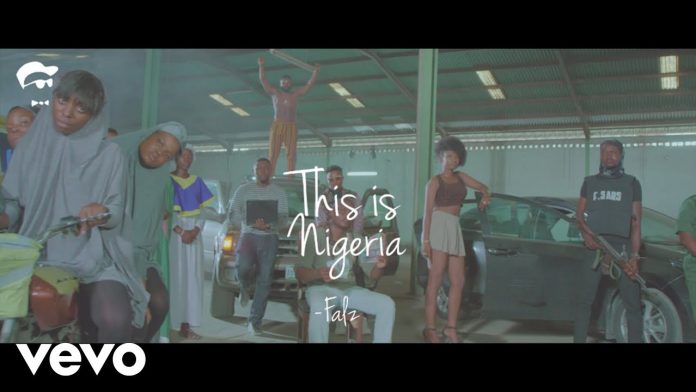 When everyone else around the world was exchanging hampers and hanging out with their families and friends during the past Christmas holiday, Nigerians were clutching onto their yellow, blue or black containers and queuing with their cars at different filling stations across the country. It was not a new thing for Nigerians.  It was history repeating itself over and over in one of the largest oil producer country in the world, and it had already become a broken record.

As far back as the late 1970s, the country has been bedevilled with this ugly incidence almost every year — that is almost 40 years making the same elementary mistakes.  A whole lot has been written and said — advice given, promises made under different governments – but there seems to be a deliberate conspiracy to make everyone distressed. Talking about distress, the Nigerian government is quite adept at doing just that year-round. The only thing each successive government seems to learn from each other is how to distress the citizens, and each government tends to be very good at it.

What was the root cause of the last  Christmas holiday fuel scarcity? A lot of different news made the rounds about the cause of the scarcity of December 2017. From the government end, they played the blame game as always, accusing the independent marketers and fuel stations of hoarding the fuel and assuring Nigerians that oil supply from their end was adequate. They followed this up by sending law enforcement agents and officers of the Department of Petroleum Resources (DPR) to bust filling stations that weren’t selling fuel. In the early days of the scarcity, the NNPC Group Managing Director (GMD), Maikanti Baru in an interview blamed the fuel crisis on a rumour about a planned increase in the price of petrol, claiming that some marketers tried to exploit the situation by hoarding products. Then he went on to assure Nigerians that NNPC was adequately supplying the depots and thereby the oil marketers were to blame.

Again, this back and forth and finger pointing responses are  not new. What else is not? The empty talk solutions. Promises layered upon promises like the one maintained by the  Minister of State for Petroleum Resources: “the business module of fuel supply in the country is not yet where it should be but within the 18 months period expected to have the refineries work, we are working on how to accept benefits of crude price increase and ensure fuel sells at regulated price.”

But fuel crisis is none of many Nigeria’s problems, or is it? A country colonized by the British, gained its independence in 1960 and was auspicious at first exporting crude oil and other agricultural products, but soon fell on its face due to over reliance on oil revenue, ineptness of its leaders, tribal episodes, and CORRUPTION. Of all the problems listed here, corruption stays in bold for good reasons: (i) it  fuels capital flight (ii) breeds culture of stealing from the public, and normalizes the practice for up and coming leaders (iii) deepens government distrust. Who wants to pay taxes to a corrupt government? Nigeria has so much fuel underground, but lacking it where it’s needed the most: upperground. Its lack thereof continues to weaken its agency.

Lame excuses and unending projection of blames unto others abound:  “Oh…it’s the colonialists, they merged different tribes and slashed ours map for their own gains;” and  “…it’s the Americans, they are interfering in our internal politics….”. Really? Common sense from the Biafran War, to Rwanda Genocide, and lately,  Russia’s intervention in American politics- all affirm that there is one power play called foreign intervention in local politics. To win in this play, you must close your wall as best as you can or risk  reptiles crawling in.

Blaming everything else on colonialism is  honestly ridiculous particularly at this point. One Yoruba proverbs says ‘if you are born certain way, you can rebirth yourself’.  Many major rebirths have happened around the world to catch on with the time and its reality. The British moved on from absolute monarchy to parliamentary democracy;  China experimented with many changes including its One Child Policy; Ghana went through the Jerry Rawlings factors, and now the most disciplined sovereign state in Sub-Saharan Africa. Nigeria, however, so resourceful,  so creative, and so brilliant that it would keep doing the same thing, over and over expecting different results. One example of the ‘same old; same old’ is the recycling of its ancient presidents.

One more point asserts why the blame theory isn’t working. A fascinating concept in Plato’s’ Republic asserts that to find justice in a society, one must first seek and find it in the individual member of that society. Nigerians, including those living abroad, are too quick to blame their leaders. It’s about time every Nigerian at heart looks inward and evaluate his or her own leadership, for values and culture do inevitably transmit from one generation to the next.  An independent running of any institution requires the faculty of its people. How has Nigeria used this faculty? A mental shift from traditionalist mindset to nationalist, where the understanding of kinship begins first from being Nigerians, is most urgently needed.

Where is Nigeria’s Black Panther?

Is Nigerian Messiah alive or dead? Are they waddling or unborn? If you are out there, how might you help Nigeria? Get creative. Can you put on your superhero suit and come institute  the rule of law? Show up like Sango whenever corrupt leaders are about to divi up another bag of public money. Or you can develop an app with a registered list of people who should never make it to office? More importantly, may you let  Nigeria drink up from the abundance of its own resources, and let its fuel flow up. We want leaders that will go to bed every night thinking of ALL Nigerian children who are sleeping in empty stomachs.

By Feranmi Akeredolu and US African Immigrants Gist