Home Blog & Buzz Felicity Got Off Easy Because She’s Rich, Famous, and White. 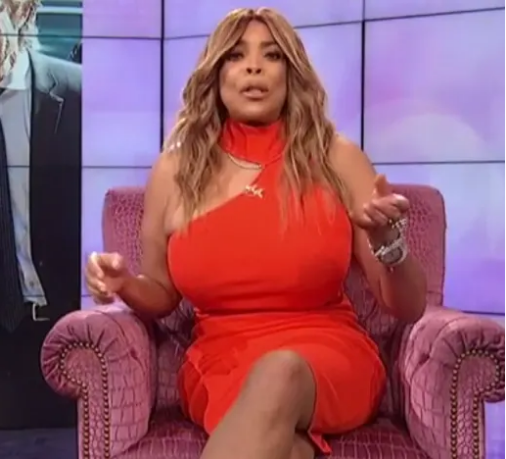 Wendy Williams is back — and she’s not taking the easy route.

Felicity Huffman, an actress who is best known for her role in Desperate Housewives, has been sentenced to 14 days in prison.

She paid a whopping $15,000 to have her daughter’s SAT score changed.

That’s a huge offense, but the judges opt for a mild punishment by sentencing her to 14 days in prison with a petty fine of $30,000.

Felicity is white and famous. A couple of thousand dollars won’t hurt an actress who is worth millions — and 14 days isn’t a prison sentence. It’s merely a two weeks holiday!

Imagine a case where a black woman is caught in such a crime.

That would be years of imprisonment coupled with huge charges which would leave her broke for decades.

In a similar case, a black woman in Connecticut was sentenced to five years in prison for falsifying her son’s address.

Her reason is pretty straightforward — a better zip code would guaranty better education for her child.

She didn’t bribe an official.

She’s didn’t pay someone to change the SAT score.

She just desired a better education for her child, and she was jailed for it.

Felicity may be a nice person, but what she did was a crime, and there’s no need to sugarcoat it.

If a woman of color was punished severely for a similar crime, the judge should have a better job with Felicia.

14 days with a couple of thousand dollars doesn’t send the right message.

This further strengthens the positions of some criminal justice reformists- even when the laws of the land is fair, the application is most always grossly unfair.

It’s a message that every person of color particularly the black and Latino in the United States should now know better, and take to heart.

Felicity’s crime was worse than a credit card fraud or even a robbery when one looks at it. It was a well calculated; total dishonesty that not only robbed many hardworking students and parents, but that equally undermines the integrity of higher education system.

It was not a crime driven by hunger, deprivation, or a stack gloomy future looking at you as faced by the people from ‘timely’ minority groups.

The honest and sad answer to this question is -NO. Money, paparazzi, and possibly bananas follow Felicity when she is out of her 14 days jailcation. Her rap sheet won’t stop her from getting a job for sure. Well, if she needs one to begin with.

Felicity  doesn’t need an appeal for a second chance since her first one has been nicely preserved by the same system that messes up others. Instead, she might write a book or do a movie- ‘My Experience in the other World.’ ‘Why I’m with Them Now.’ – One million copies sold; record breaking box office, become a public speaker, or a founder of a nonprofit fighting for students and moms. Either way, it’s chop money!

I love privileges! Please get me some!

Felicity’s 14 days in jail for such a serious crime is another testament that not only money talks, color does. Color aids money and vice versa, and if you’ve got neither, stay out of trouble, and watch the privileged betray all including conscience.