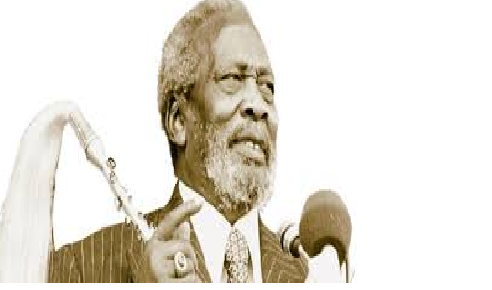 The late Mzee Jomo Kenyatta was the founding father of the East African Protectorate (Kenya).  And despite the fact that most people recognized him as the first president of Kenya, he is also viewed as a visionary leader and a son of Africa by many. He is also known as one of the prominent personalities not only in Kenya but also in Africa. And the following are some of the things that you probably didn’t know about Jomo Kenyatta.

Having been born during the colonial era, most parents did not understand the importance of keeping birthdays records and Kenyatta parents were not an exception. As a result, there have been contradictions’ surrounding the exact birthdate for Jomo. Even the Kenyatta himself could not remember his actual date. However, most biographies claim that he was born on 20th October 1891.

In his childhood, Jomo was named as Kamau wa Muigai by his parents (Muigai and Wambui).

At a tender age, Kenyatta lost his father and according to the Kikuyu culture, he was adopted by his uncle. His name changed from kamau wa Muigai to Kamau wa Ngengi. In 1911, he joined the Church of Missionaries Scottish, and three years later he got baptized and named Johnstone Kamau wa Ngengi.

Occasionally, he would visit his Maasai relatives who lived in Narok whom he used to visit occasionally. During his visits to Narok; he developed a strong liking of the beaded Maasai belt which was called “Kinyatta”. As time went by, he apparently got pleased with the belt which saw him drop his 2nd and 3rd name in 1928 and became Johnstone Kenyatta.

Ten years later, he went to the United Kingdom to further his studies. During this time, his brother-in-law was in London and he proposed to him to Africanize his name. This saw him adopt the name, Jomo Kenyatta. In Kikuyu Jomo means a burning sphere.

Immediately after completing his elementary school, Kenyatta was trained as a carpenter. Life was not easy and getting school fees was a challenge. This forced Kenyatta to source for a job where he worked as a cook and houseboy in a white settlers neighborhood.

Things did not work out well for Kenyatta in Europe and he had to sell stamps to get money for upkeep. He also acted as an extra in the movie “Sanders of the River” as the tribal chief.

Jomo married his first wife Grace Wahu in 1919 who bore him two kids. In 1942, he married Edna Clarke in England as his second wife whom they had one son. In 1946, he returned back to Kenya where he married Grace Wanjiru whom they had one daughter. Unfortunately, his 3rd wife died while giving birth but the daughter survived.

In 1951, Kenyatta married his fourth wife Ngina Kenyatta whom they had four children among them the fourth President of Kenya Uhuru Muigai Kenyatta.