Home Blog & Buzz Why do college students drop out? 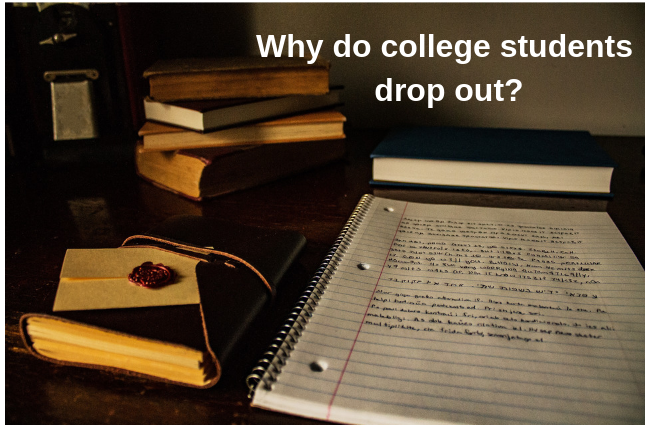 Over the years, there has been a disturbing trend among college students — most of them drop out.

Furthermore, most of these college dropouts are minority students who are either persons of color or first-generation immigrants.

Yes, the government is putting in efforts to give every college student a fighting chance. But if we are going to win this war, then we’ve got to understand the underlying reason(s) that makes students leave school.

1. Inadequate funds: To enroll in a college, you’ve got to pay your tuition fees, buy textbooks, and also have enough cash for other challenges you may have.

Simply put, you need cash to go to college.

Without adequate funds, you’re merely left with nothing. And that’s why President Obama’s free community college proposal is a step in the right direction.

Also, to help students complete their college studies, an increase in the number of school jobs would go a long way to establish a reliable source of income for college students.

2. Racism and unfair treatment: It takes a lot of courage to enroll in a college that’s dominated by white students — especially when you’re seen as the lesser man or a student of inferior value.

What’s more, many immigrants who go to colleges experience discrimination one way or the other — if it’s not from the college staff, then it would be from their peers.

Worse still, the college administrations seem not to be paying much attention to the minority students — they instead embark in damage control to curb the spread of awful racist activities by the media than tackling the roots of the problem.

As a black student in college, you’d see your peers using the n-word in front of you. Others would make derogatory statements to piss you off.

Racism can be a terrible thing. And it could make it difficult to learn in such an environment.

The phase between teenage years and adulthood is delicate. And most students tend to get things mixed up during these years. But this issue can be quickly resolved if students are adequately guided in their career choice.

4. They don’t join any social group/club: Contrary to popular beliefs, social groups do not limit the academic performance of students.

In fact, studies have shown that students who join social groups tend to perform well in school.

Here’s the thing — lack of a productive social life may lead to boredom, depression, and social isolation. But when students are actively involved in a social group, they would connect with other people who share the same values, leading to a more productive relationship in school.

College should be a place of learning and fun. For students to maximize their opportunities in college, they’ve got to know what they want and be ready to put in the effort needed to succeed in their field of study.

5 Signs that He is Serious about You