Home Blog & Buzz Why Africans are victims of their ignorance 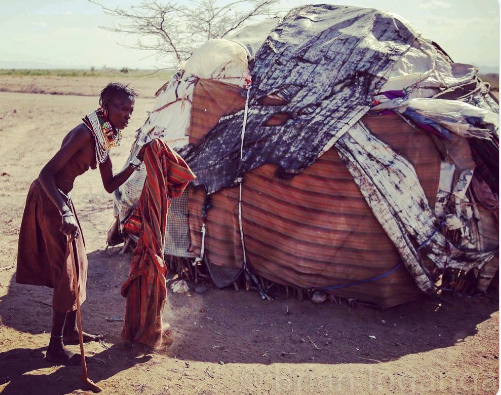 Africans are ignorant and do not seem to learn from their mistakes. They seem to forget so quickly, and this enemy called “ignorance” is killing our generations. Some even do not know their rights and those who know do not fight for them. Even when disasters strike, we mourn, forget and move on. However, as much as the blame is put on the government, in most cases, it is not the case. Africans are victims of their ignorance and are to blame for their own mistakes.

Take a scenario which happened March this year where drought had stricken Turkana county in Kenya, where lives were lost. The government denied its people by making claims that there were enough food and water and did not make efforts to send relief food.

The government continued to insist that the situation was nothing to worry about; pictures went around social media displaying people living in deplorable conditions. Well-wishers fed the victims and even supplied them with water.

But in less than one month, the area has been flooded following heavy rainfall which continue to pound the country. This is what happens year in year out. But the government does not seem to care much about harvesting the water or constructing dams to help fight food insecurity and curb the flooding impacts which are claiming lives and displacing thousands.

But when the elections day comes, everybody seems to have forgotten the past. Politicians make promises, and people end up voting them back in office only to be hit by the same disasters over and over again.

Other countries which have been hit by floods this month include Ghana, Burundi, Malawi, and South Africa. These disasters strike these countries every year, but nothing much is being done to curb the menace.

Apart from flooding and drought, diseases also affect people from time to time. Ebola in the West African region is prevalent. Every time it occurs, lives are lost. Disaster unpreparedness in Africa is common, and most countries are caught unaware.

However, as we point fingers to bad leaders, let’s ask ourselves, “Where have we gone wrong.” It all starts by electing corrupt leaders who do not seem to care much about the citizens. For transformation to be felt in Africa, first we have to learn our lessons and ensure we elect good leaders who can transition the continent.