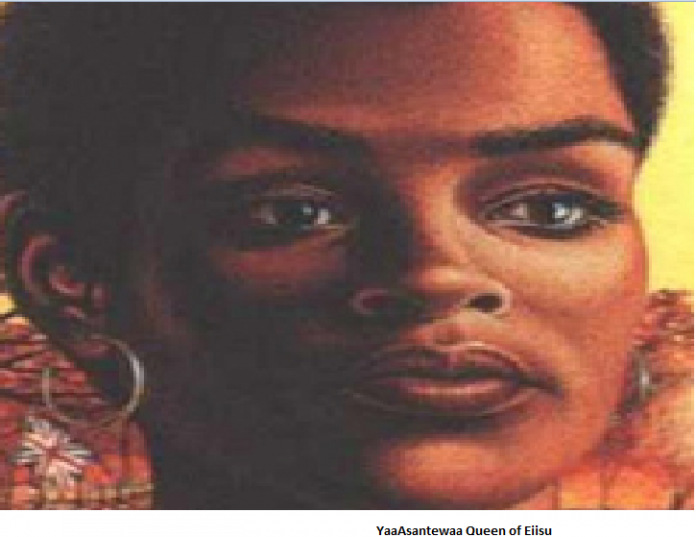 For years now, Africa has developed and this has been made possible by the presence of selfless leaders who took the mandate to ensure the continent became sovereign. However, not all the leaders who participated in the process have been acknowledged. As we celebrate the black African month, you need to know some of the unknown but true African leaders who deliberated this great continent from the hands of the colonialists.

Queen Nzinga, also known as NjingaMbande was among the most significant women rulers of Africa. She led the people of Angola against the slave trade that was rampant during that time. She is among the first women to ever resist European invasion into Africa. Her influence spread to other neighboring countries which assisted Africa in the fight for self-determination.

Despite her leadership in the struggle against European invasion into Africa, many people do not know about her. Only those who have dared to dig into history have come to realize that she is among the greatest leaders to ever come from Angola.

The queen of Ejisu is widely known for leading the people of Ashanti against the British colonialists to defend the Golden Stool. According to the Ashanti community, the golden stool was a symbol of power. Her presence within the community also contributed to the emancipation of the women in society. Her ideas also influenced other countries like Niger and Nigeria to start rejecting the colonialists who had invaded their countries.

Not so many people know about the queen. Many people only concentrate on the finalists who brought independence to Ghana. Though she is not recognized by many, she is among the best African leaders who had the interest of Africans in their hearts.

During the struggle for independence in South Africa, so many people participated. Most people only recognize Nelson Mandela and his close associates. The truth is, there are more than ten people who are not celebrated to the same extent as Mandela though they also contributed to the independence of South Africa. Alongside other people who were jailed with Nelson Mandela, was Walter Sisulu.

Walter was also jailed for 27years and was a greater supporter of the PAC that championed for the liberation of Africans from the hands of the British colonialists. He was also the first people behind formation of the ANC that would later bring independence to the nation. The struggle for indepedence in South Africa took the most extended duration in comparison to the other countries within Africa. It is as a result of persistence and selflessness of people like Walter Sisulu that made the dream possible.

Before Africa was organized into colonies which later became the countries, every community was led by either a king or a chief. Chief Hosea Kutako was among the first leaders of Namibia. He is regarded as the person who inspired the fight for independence in Namibia. He is among the early nationalists in Namibia. He encouraged the younger generation to start the battle the colonialists who were increasing in number.

He is also considered as the person who first brought all Namibians together. Unity helped the next group of leaders to fight for the liberation of Namibia. Many people only know about the actual leaders who brought independence to the country. They do not know about Chief Hosea Kutako, a man who sacrificed his entire life to educate the Namibians on the importance of unity and self-determination.

Liberating a nation is not easy and as much as we honor our fore fathers who fought selflessly for this great continent, we should also recognize those that helped them achieve their goals. Most of these leaders existed before the period when Africa became independent. Though the leaders that brought freedom to their respective countries are the greatest, they should give attention to these leaders since they prepared the way for the next generation of leaders. If it were not for their selflessness and great love for Africa, most countries would have taken long to be united to fight for their liberation. They should also be included in history so that everyone knows their contribution to Africa as a whole.