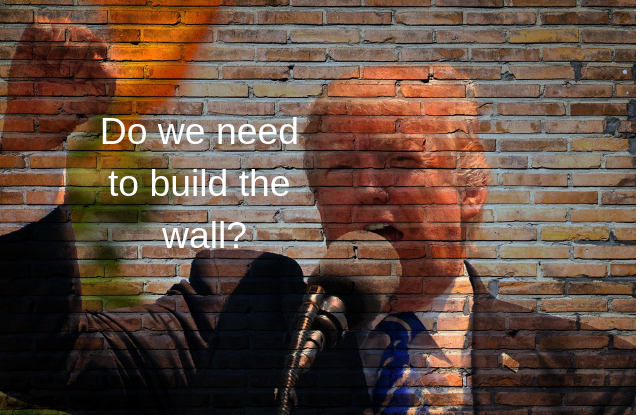 The president Trump’s led administration has been known as the ones who would make America great again. And the president is known for his tough talks, and America first policies.

Unlike the previous administration which is portrayed as more welcoming and globally oriented, president Trump seems to concern himself with issues relating to America.

Heck, he doesn’t care much about climate change. After all, it may be a science hoax that’s told to spread fear and imaginary problems in the mind of the populace.

But one striking characteristic of this present administration is its foreign relations — especially with nationals from Muslim countries.

The president Trump administration has vowed to secure the citizens of the United States, and as such, they are willing to do what’s necessary to achieve their goals. And one of such things is to ban people from Muslim majority countries.

One of the first actions of president Trump is to issue a travel ban to nationals of seven countries — Iran, Syria, Somalia, Libya, Venezuela, Yemen, and North Korea.

To most avid Trump supporters, every Muslim is a terrorist.

Well, this Islamophobia mindset is what’s causing issues across the globe, and one way of honestly addressing this issue is through adequate education.

Yes, most terrorists are of the Islamic faith. But it doesn’t rule out the reality that there are law-abiding Muslims out there and some Muslim faithful can coexist with others of different faith.

Are these travel bans worth it? And in what ways has it affected the lives of innocent people around the world.

First off, there are different ways of viewing this issue.

Trump supporters view it as the right path to the safety and security of the American people — president Trump made a promise to them, and he is doing an excellent job at keeping it!

Anti-Trump folks will see it as a racist act, and that the president is promoting Islamophobia in the land — everyone deserves to be treated as a human being.

Whatever category you may fall into, the reality remains — the travel ban has separated thousands of families. And this ban has caused more division among folks of the same blood.

This story shows the harsh truth about the degree of separation caused by the travel ban. A dying child is not allowed to reunite with his mother. What’s more saddening is the refusal of the US State Department to provide a tangible answer for the denying the last wish of the child.

Yes, in theory, people from war zone regions like Yemen can apply for a waiver. However, the reality is — you’re at the discretion of the officers. And people who are eligible for the waiver are denied their rights.

Daily, people who want to escape the severe conditions of their homelands are met with blockages from the US. Most of these souls are not dangerous. They are paying the price for a crime they did not commit.

What do we stand to gain by dividing the families of innocent souls?