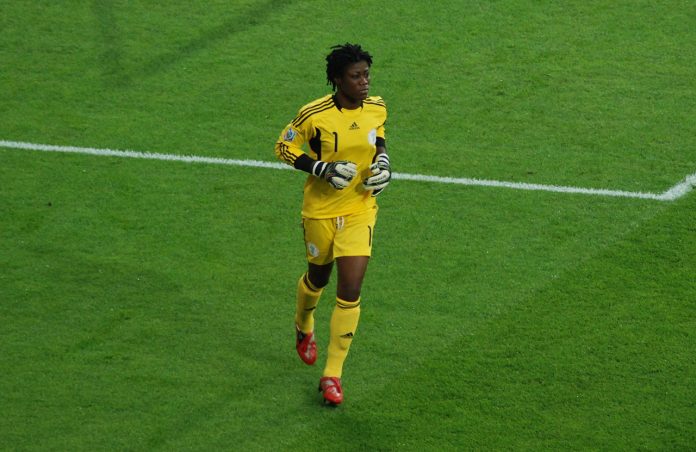 For this special thanksgiving season, let’s remember all African patriots who did remarkable things in the sports world.

One of such patriots is Rashidi Yekini from Nigeria.

Do you remember Rashidi Yekini’s legendary performance as a Nigerian player?

Well, if you’re a football lover, you’d probably remember the glory days of the super eagles, and how every Nigerian was proud of their national football team.

Although a relatively peaceful country, Nigeria had been a struggling country since independence.

There has been crises, civil war, and lots of security and social issues in the country.

Aside from the social vices common in the country, one key challenge is the lack of morality among the past and present leaders of the country.

Blessed with human and natural resources, the leaders lack the foresight to utilize the resources of the nation.

The late legendary Rashidi Yekini, a patriotic citizen who (like many others) was underappreciated by his own country suffered due to national negligence and few personal flaws.

Those who saw him during his last years suggested that the former Nigerian striker suffered from depression, personal insecurity, and isolation.

His condition was primarily due to the substantial financial loss he experienced.

Here are some sad highlights of his story

The thing is, he was not living with his family. His family resides in Kwara State.

His mental illness was tied to the financial loss he had after investing most of his resources to bungled investments.

The investment seemed to be fruitful, which made the former striker liquidate all his money and turn it into physical cash.

However, everything went wrong when his confidant (and business partner) was robbed and gunned down.

Being booed by the fans can be a devastating experience for a player — especially when you’ve put your heart and soul into the team.

Aside from the structural deficiency of the country, the Nigerian government failed to keep her word — Rashidi never received the house promised to him by the Nigerian Federal government.

In a country that is structurally and morally deficient, thousands of patriotic Nigerians lose their lives daily due to negligence and inadequate support from the country they swore to serve.

Being an average African is a high risk as you’d be marginalized and trampled by the same leaders you elected to serve you.

The sad story of the late legendary striker shows the level of disloyalty of African leaders to the people.

As an African living in the diaspora, have you experienced any sad event in recent times? Use the comment section to share your thoughts with us.

Bronx Borough African Advisory Committee on the Brink of Dissolution