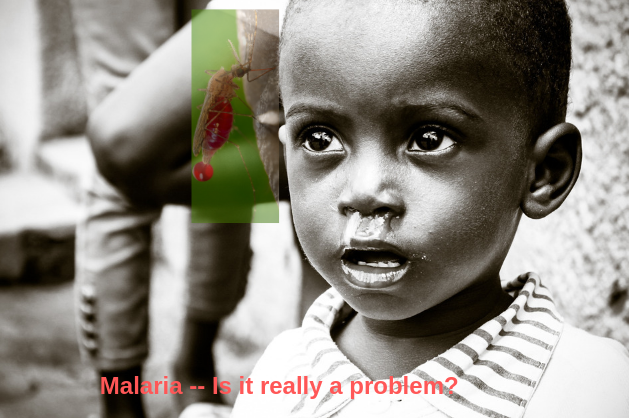 Over the years, millions of children under the age of two have died due to the malaria infection — and most of the fatal malaria cases are in Africa.

Yes, there are numerous ways of stopping the growth and spread of malaria — things like the mosquito nets and some vaccines are helpful, but that’s not enough.

To tackle the malaria malady, and possibly bring an end to it, the World Health Organization (WHO) has launched a large-scale pilot of the RTS,S vaccine.

The RTS,S vaccine, also known as Mosquirix is designed to train your immune system to launch an attack against malaria. This way, when the malaria parasite is detected in your system, the new vaccine would safely protect you from biological damages.

Earlier trials (which was done on a small scale basis) showed that nearly 40% of all the infants who received the treatment were protected from malaria attacks.

Yes, 40% efficacy is relatively low, but it’s far better than having a zero percent protection against the vast spread of malaria parasite.

In recent years, there has been a significant increase in the rise of malaria cases. And it seems that previous treatment to the malaria parasite is not effective as usual.

Don’t get it twisted, malaria is fatal — and it’s revealed in the massive number of deaths recorded yearly by the parasite.

With the large scale test of the RTS,S vaccine, we’d be sure of lowering these figures.

The three African countries selected for the malaria vaccination test are Ghana, Malawi, and Kenya. Of these, Malawi would be the first to roll out the RTS,S vaccine.

The selection criteria are quite simple — the three countries run large malaria programmes. And with the introduction of the RTS,S vaccine, more significant progress would be made in these countries.

Malaria — Is it really a big problem?

Well, by now, you probably know what malaria is, and what it does to the body.

Some adults may see malaria as a regular illness that can be easily managed. But that’s the case.

Here are some stats that may surprise you…

Over 400,000 die annually from malaria — most of which are children.

According to WHO, about 250,000 children die annually from malaria.

Developing a food vaccine for malaria is incredibly tricky, but with the new RTS,S vaccine, kids across the globe would be hopeful that the malaria parasite would be a thing of the past.

The RTS,S Vaccine — The Journey so far

For over three decades, scientists have been developing the RTS,S vaccine. Lots of work and money have been put into the development of the vaccine.

An estimated cost of $1 billion has led to this point — and more work needs to be done to create a more satisfactory vaccine.

Yes, the 40% efficacy is relatively low compared to other vaccines. And no one is saying that the RTS,S vaccine would serve as a magic ingredient in the malaria fight.

Administration of the vaccine is quite simple — it would be given four times to the child. The first three would be administered once per month for three months, while the fourth dose would be given after eighteen months.

By 2023, this trial stage would be over, and the whole structure would be perfected by then.

Do you think that the new vaccine is the path to a malaria-free world?

We Need To Give Winnie Mandela The Respect She Deserves