Home Blog & Buzz Rising To Success Series — What Did They Do That Others Should... 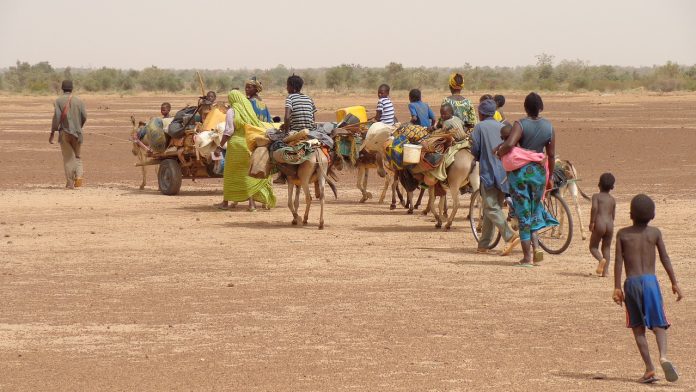 Whether you’re a documented or undocumented immigrant, you probably know that life in a foreign country is hard.

The thing is, thousands of Africans who migrate to the US find a way to make it. And we can draw strength from their experience.

There are several reasons why Africans flee from their homeland. It may be due to the political crisis, religious intolerance, famine, or any other external factors that are beyond their control.

However, most of these African wanderers usually settle in European countries and the US.

Two of such wanderers are Awer Mabil and Lopez Lomong.

In this article, we will examine the journey of these two heroes and what you can learn from them.

Discovering your life purpose is independent of where you are or who you are at the moment.

Whether you’re on the run, in a refugee camp, or an immigrant who’s just starting, you can discover your purpose and build from there.

At an early age of 5, Awer played football in the Kakuma refugee camp because there was nothing else to do.

Playing as a normal refugee kid in a refugee camp may seem insignificant.  But that irrelevant activity appears to be the foundation of his professional football career.

Although Lopez did not begin his running career in a refugee camp, he gained interest by watching Michael Johnson on television as he ran at the 2000 summer Olympics.

The key here is for you to keep pursuing your passion — do what makes you happy, and learn to serve others with what you have.

In our world today, people tend to quickly switch off their humanity and attack those who look or sound foreign.

Typically, racism is almost everywhere — Europeans discriminate against Africans, Africans attack themselves and the list go on.

By focusing on racist comments (or any other comments that’s aimed at demeaning you), you’ll lose focus and become distracted by irrelevant comments.

During his early years, Mabil experienced racism in various forms.

As a teenager in Australia, there was a time where one of his neighbors attacked him. Also, it’s quite common to have a stranger talk down on him on the streets.

Although there are campaigns against racism in the world today, our society is not perfect, so get ready to face rejections and discrimination.

The key is to develop a thick skin, focus on your goals, and be proud of your skin — it’s the only one you’ve got.

The little you give back can go a long way in helping others who may be in need.

If you’re unable to set up your foundation, you can join a local organization (or NGO) where you contribute meaningfully to the welfare of other immigrants.

Life as an African immigrant may be tough.

Just like other successful immigrants, you’ve got what it takes to succeed.

Are you experiencing any dark times as an Immigrant? Share your experience in the comment section below.

How to Prepare a Classic Homemade Meat Pie