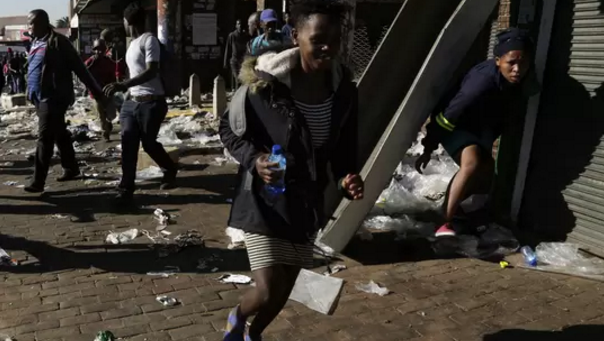 Over the past few days, there have been widespread attacks on foreign nationals in South Africa.

So far, five people have been killed by the attacks, and the security agencies in South Africa have arrested dozens of looters.

Locals have looted businesses owned by foreign nationals, and residents are calling on the government to deport undocumented immigrants.

In response to the xenophobic attacks, the Nigerian President Muhammadu Buhari has sent an envoy to South Africa.

The Ethiopian government has advised its citizens to close their businesses and distance themselves from the conflict.

Xenophobic attacks have been the norm in South Africa. In 2015, there were widespread attacks against foreign nationals in the country.

These attacks are mainly due to the unemployment and poverty in the land. And since the South African government is slow to curb the issue, the misplaced hatred may linger and force foreign investors to shy away from the country.

Meet The African Teams Looking To Make History In This Year’s...