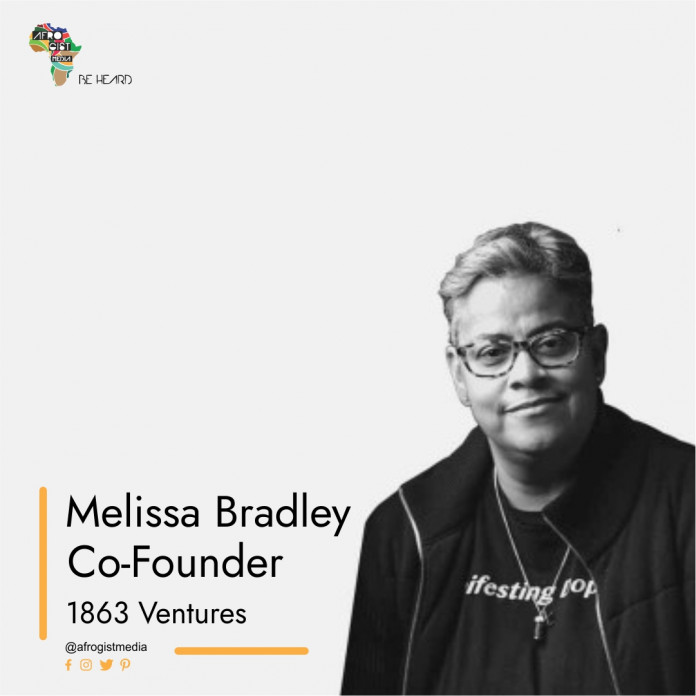 Melissa Bradley is not only an entrepreneur, professor, investor, and social capital activist but also a community leader and advocate. Based on her Thesis at 17 years of age, on the racial wealth gap. She has lived up to her commitment to enhancing empowerment and support of the black-owned business. Melissa is the founder and managing partner of 1863 ventures. 1863 ventures provide a business program aimed at empowering and pushing the limits for black and brown entrepreneurs. Melissa Bradly loves to refer to them as the “New Majority”.

The launch of 1863 Ventures is not only a testament to Melissa’s commitment to fostering growth and preparing the New Majority for greatness. Melissa has been involved in other ventures aimed to empower the community. For instance, Ureeka, of which she co-founder is made up of more than 10,000 small businesses, which are provided with key insights to help them succeed in the business world. The question is, how did Melissa take the path of financial empowerment? Let’s dive in to review her early life and her journey in entrepreneurship, community leadership, policy, and advocacy.

Selling the Community Down the River

After graduating from Georgetown University, Melissa Bradley secured a job at Sallie Mae, where she had interned previously. She was tasked with selling student loans packages to partners like the National Association of Self-Employed. She did more than $19 million in sales of student loans.

Speaking to Goldman Sachs YouTube’s Channel, Melissa mentions that it dawned on her while selling loans, that she was selling her community down the river. The burden of student loan debt can be overwhelming in the long run, with this realization Melissa quit working for Sallie Mae. This was the birth of her passion for community advocacy and driving force in the creation of opportunities and policies to help foster the growth of minority communities or the new majority in Melissa’s words.

The racial wealth gap is real if you need to access growth opportunities, especially if you are a black founder. Melissa testifies that the most common challenges to black and brown entrepreneurs in the US are; access to capital and lack of a strongly believe system. Most entrepreneurs perceive their blackness or brownness as a detriment to their ventures.

Venture capitalists or hedge funds often segregate founders not only based on industries they are in but in some instances, the racial card comes to play. Small Businesses Administration (SBA) allocates relief loans with a racial bias. Some of these issues go unnoticed coming from Melissa, she suffered through the SBA system earlier on in her career. SBA turned down Melissa, when she applied for a loan to kickstart her first business idea, she was not only denied the loan but also demotivated and discouraged from pursuing her business idea.

Interesting to Read: 10 African Destinations to Add to Your Bucketlist

Melissa Bradley got her epiphany moment from the SBA experience. She vowed that no entrepreneur from the minority communities should be subjected to the same treatment meted to her. The New Majority name was born from her struggles and she found the name minority to be demeaning and devaluing. The new majority tag intends to set out the message regarding the immense value new majority entrepreneurs bring to the table and the economy at large.

Shaped from her rejection to getting a loan with the SBA. Melissa has for the past 20 years beaten the odds to become one of the most successful, respected women of color in the financial services field. The launch of 1863 ventures, Ureeka, and Sidecar Social Finance among others is a testament to enhancing equal access to capital, especially for the new majority of entrepreneurs.

1863 ventures is a business program that focuses on; equipping the new majority of entrepreneurs with the much-needed skills for growth and success. 1863 ventures curriculum covers marketing, sales, finance and accounting, product, operations, and the art of fundraising. Melissa believes that the program is the perfect tool for propelling the sustainable growth of businesses.

During the on-set of Covid-19, the most black-owned business struggled to stay afloat, while many closed. A holistic curriculum like the 1863 ventures, can over the lifeblood needed by the new majority of business owners today. Afro Gist Media, celebrates Melissa’s efforts and commitment to helping small businesses grow. Especially her goal to create more than $100 billion in wealth for the new majority by 2030.