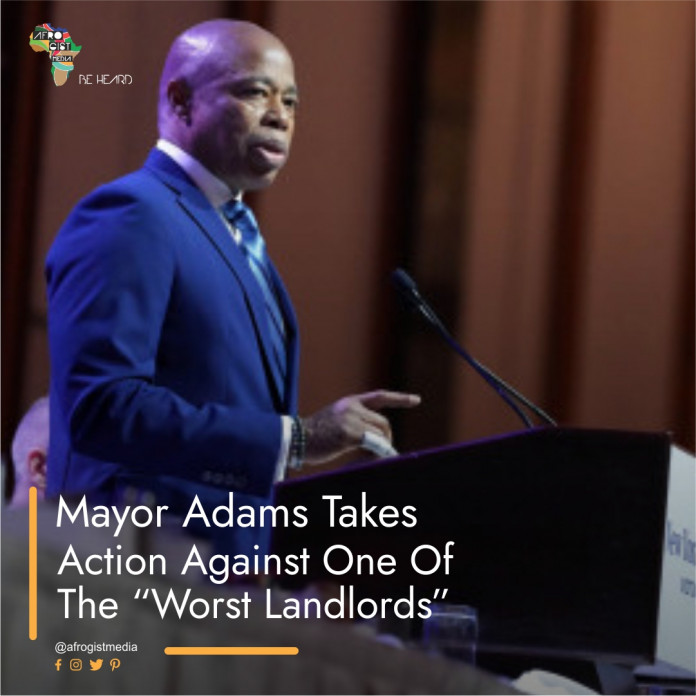 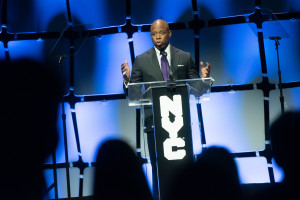 NEW YORK – New York City Mayor Eric Adams today announced that the city has filed a lawsuit against Moshe Piller, a building owner who has amassed more than 1,900 violations across 15 buildings he owns throughout the Bronx, Brooklyn, and Manhattan. Piller is one of the city’s worst landlords — ranking number 28 on the New York City public advocate’s 2021 “Worst Landlord Watchlist” — and has been criticized by numerous tenant organizations, including the Flatbush Tenant Coalition and the South Bronx Tenants Movement. The city’s lawsuit seeks to compel Piller to repair his properties or face tens of millions in civil penalties.

Recommended: Colorism, Featurism, and Texturism| How Did We Get Here?

“The time of landlords openly flouting the law and harassing tenants is over. This lawsuit sends a clear message that those who break the law will pay,” said Mayor Adams. “For years, Moshe Piller has ignored his responsibilities as a landlord and racked up more than 1,900 violations — landing him a spot as one of the city’s ‘worst landlords.’ While Piller made millions in profits, his tenants paid the price. Our administration won’t allow people to willfully endanger the safety and well-being of their tenants.”

“Safe housing is a fundamental right for every New Yorker, and we’re asking the court to compel Mr. Piller to address these longstanding violations,” said New York City Corporation Counsel Sylvia O. Hinds-Radix. “As counsel for all the city’s code enforcement agencies, the Law Department is uniquely situated to address the full range of unsafe conditions that plague tenants and the public. We’ll use the full extent of our legal resources against individuals who think they are above the law and put tenants at risk.”

Must-Read: Whitewashing: Is It Racism or Commercialism?

“This lawsuit is an excellent example of how the city can and will employ enhanced enforcement and interagency coordination to hold consistently non-compliant landlords accountable and to make our housing stock safer and healthier for New York City tenants,” said New York City Chief Housing Officer Jessica Katz. “Moshe Piller had the funds and ability to provide safe and dignified housing for his tenants, but he chose not to do so. Because of his persistent failures to do what the law requires, we are now asking the court to hold him accountable.”

Today’s lawsuit focuses on Piller’s most serious violations and activities. Some violations constitute public nuisances, such as work performed without a permit or repeated failures to correct immediately hazardous conditions at the premises, which pose additional risks to tenants.  Based on this data analysis, the lawsuit targets 15 of Piller’s properties.

There are numerous examples of dangerous conditions in each building. For example, at 1742-1758 East 172nd Street in the Bronx, the Department of Housing Preservation and Development (HPD) has issued 189 violations, the Department of Buildings (DOB) has issued 150 violations, the Fire Department of New York (FDNY) has issued seven violations, and the Department of Health and Mental Hygiene (DOHMH) has issued six violations. These violations include, among others, serious elevator safety conditions; unsafe electrical wiring; work without a permit, including the installation of unlawful electric, gas, and plumbing lines; lead-based paint hazards; failure to make multiple doors self-closing to contain a fire; storage of combustible materials and other fire hazards; and a vacate order on cellar and laundry rooms that were illegally converted into five single-room occupancy units, with one unit having no secondary means of egress in the event of a fire.

Similar conditions were found to exist at 730-760 Rogers Avenue (also known as 155 Linden Boulevard) in Brooklyn. HPD has issued 202 violations, DOB has issued 52 violations, FDNY has issued five violations, and DOHMH has issued three violations. Here, too, there are broken doors that should be self-closing to contain fires; a vacate order on three units that were illegally converted and did not meet legal habitability standards, including one unit without a secondary means of egress in the event of a fire; illegal partitions to create additional apartments or rooms; installation of gas and water lines without a permit; façade violations, including cracked masonry and a leaning parapet wall; failure to comply with lead-based paint hazard laws; and mold and bedbug infestations.

At 1025 Boynton Avenue in the Bronx, many of the same kinds of violations exist. In addition, there are violations concerning the elevator’s only building, which is out of service.

Today’s lawsuit is another in the city’s ramped-up, comprehensive enforcement against building owners who put tenants at risk by violating city laws and codes. The New York City Law Department develops tenant protection cases in close cooperation with the Mayor’s Office to Protect Tenants (MOPT). MOPT then works in partnership with the numerous city agencies charged with inspecting for code violations, including HPD, DOB, DOHMH, FDNY, the Department of Sanitation, and the Department of Environmental Protection.

“It is time for Moshe Piller to finally see real consequences for harassing tenants and forcing us to live in dangerous conditions. Right now, we have a roof that leaks whenever it rains. He’s endangered peoples’ lives right here in Brooklyn and in the Bronx,” said Altagrace Aime, tenant leader, Flatbush Tenant Coalition. “For years, Moshe Piller has been targeting tenants, taking us to court for nonpayment, and trying to evict us, all while he ignores repairs and acts like the law doesn’t apply to him. He’s been overcharging us, he’s been harassing us, and now he’s trying to use the pandemic to collect even more money, while we live in decrepit and dangerous conditions. Enough is enough from Moshe Piller.”

This press release was shared by the office of the Mayor of New York City, and the views thereby expressed are solely the author’s.