Home Blog & Buzz How African celebrities might be failing Africa 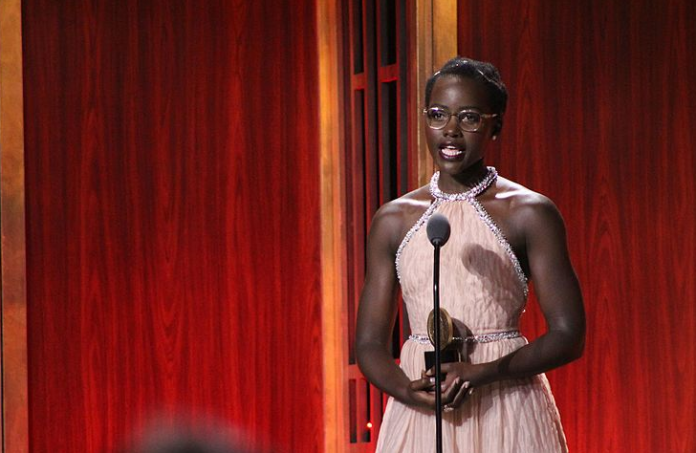 Africa as a continent prides herself with naturally endowed celebrities. African celebrities are one of the World-renowned models, film directors, actors/actresses, film producers, spokes’ persons, artists are known to feature as celebrities, have either hailed from Africa or have made it as celebrities while still in Africa.

The Black Entertainment Television (BET) awards, for instance, has for years been acknowledged in appreciating gifted artists that hail from Africa. Artists such as Congolese Fally Ipupa; Nigerian Davido, Psquare, Tiwa Savage; Tanzanian Diamond, Rayvanny; South African Yvonne Chaka Chaka, just but a few have featured as nominees in the BET awards and some even taken home awards.

Hollywood films have also featured main and rising actors who hail from Africa. Actors such as Edi Gathegi, Lupita Nyong’o and Benjamin Ochieng from Kenya; Peter Mensah, Boris Kodjoe, and Djimon Honsou from Ghana; and Chiwetelu Ejiofor from Nigeria are among the top noticed African actors in Hollywood. Also, the African entertainment industry has featured female celebrities with a top ranking in the Nollywood and Ghollywood films.

Why then is such a reputation towards Africa cause despair among Africans?

With the dynamic socio-cultural change taking place in Africa, Africans have lost track of their root culture. African celebrities from the entertainment industry have become the most influential personnel.

A PWC analysis has confirmed South Africa, Nigeria, Kenya, Ghana and Tanzania as the most affected African countries. The digital media inclusive of the internet, virtual reality, cinema, television, video games, magazines, electronic sports, and the newspaper is now the widely used platform for communication.

With internet spurring across Africa, it has become possible for people in all the age brackets to access and use internet regardless of the malicious content available there. In as much as we would attribute the radicalization from western celebrities, the African celebrities have played the highest role in corrupting Africa.

Teenagers grow up in an immoral and corrupted society as the internet is the only source of information they acknowledge. Almost every teenager has access to a mobile device hence the internet.

Exotic content is shown in the Nollywood, Hollywood, Bollywood, and Ghollywood films.

One school of thought asserts that the kind of message relayed by Nollywood, Ghollywood, Bollywood, and Hollywood films portray immorality, and mind-brainwash, and that the roles played by African celebrities in these films only perpetrate sexual immorality among the youths who look up to them.

Natural curvy bodies exhibited by African celebrities is a very powerful way of marketing African products like clothes. However, this is not the case. Curvy body celebrities are used in exotic films and music videos by artists and film directors. The most exotic videos sell more. The increasing viewership of Nollywood, Hollywood, Bollywood, and Ghallywood films is linked with the roles played by these actors.

Some critics maintain that renowned African actors/actresses are associated with playing roles that further feed stereotypes undermining the fundamental differences in cultural and ethnic appreciation of beauty and body shapes of Africans.

In the same vein, other critics insist that African rooted celebrities now have what it takes to challenge the status quo of Hollywood Godfathers who still play by race card. Their parochial views have made them totally oblivious to reality. Millennials world views can’t be ignored. Trends in consumer demands of motion pictures are calling for new taste, but it appears that they can’t seem to grapple with the fact.

The aged social construct of beauty, as defined by motion pictures and media ventures at large, is rapidly eroding. Mega retail and apparel stores like Macy’s know this too well, and now have all sizes and races represented on its catalogues.

When celebrities and other socialites are linking their curvy bodies with butt enhancement pills, and patronage climbs for butt and boobs enhancement surgery, it is a signal that the beauty order, set a long time ago by those with upper arms, has been challenged, and ‘slim-thin beauty’ might now be moving to one line behind.

The downfall of African fashion designs could be linked to African celebrities.

Africa is privileged to have her own people innovating new fashion which is recognized worldwide. The African celebrities act as the marketers for African wear. But as the African design increasingly gains popularity our African celebrities on the other end come up with their own fashion that disputes the original intent of the design. Unfortunately due to the negativity showcased by such wear the African fashion is met with criticism. In such a case the African economy has only the celebrities to blame.

The Five Best Things About Cameroon