Home Blog & Buzz How Africa is losing billions to the rest of the world every... 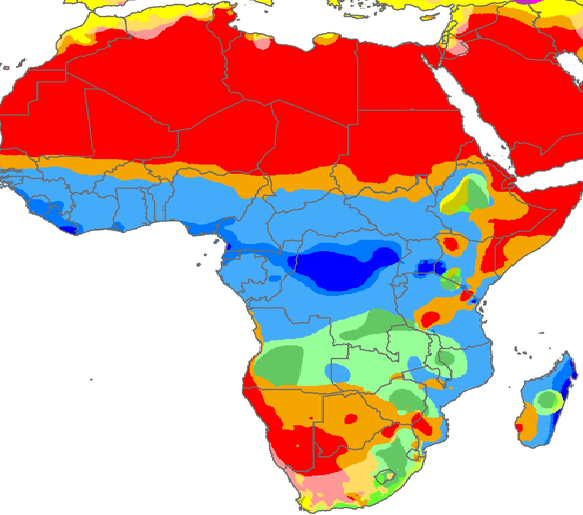 Poverty continues to strike Africa hard, but reports indicate that the continent is to blame for their own mistakes. For decades, the continent has been receiving aid from other foreign nations while the rest of the world is plundering billions from Africa. The continent has been walloped financially, and countries are forced to borrow funds from foreign countries to fund their projects.

More government borrowing has increased in recent years, and there is no much has been done. People are still languishing in poverty, but the rest of the world is reaping billions. Why would a poor continent with abundant resources allow other nations to reap their wealth and leave its people to suffer? For decades now Africa has been losing billions each year. According to ECA, the continent is to blame for its looming poverty levels, and for Africa to develop, it has to stop the following:

Illegal outflows are robbing Africa its treasures. A recent report released by ECA shows that Africa is losing billions each year through illicit outflows which are higher than its inflows. This implies that the world is benefiting from Africa while the continent is suffering.

But the question is who participates in these illegal outflows?

Illicit outflows are typically done through international trade where continents are allowed to trade with each other.  Minerals, oil and natural resources are sold illegally which robs the continent its prized treasures.

Faking trade invoices is one of the major causes of these illegal outflows where multinational companies hide their proceeds to evade tax. They achieve this by over-invoicing import and under-invoicing exports in a bid to deceive tax authorities.

Foreign investors who come to invest in Africa promise more jobs to the locals only for them to end up employing their own. To attract more investors, Africa imposes low tax rates.

Worse still; the African countries are not allowed to take control or regulate these corporations.  Lack of transparency allows these investors to siphon African wealth while leaving the continent to suffer.

Organized crimes like drug trafficking, poaching, human trafficking, and smuggling illegal goods from the continent is also another contributor to illicit outflows. But the question is, how do all these leave the continent without anyone noticing?

This is a good indicator of poor governance in African countries. Most countries do not have strict rules governing illegal trading; that’s why these cartels are robbing the continent billions every year.

Another killer of development in Africa is corruption. When money is borrowed from other foreign countries, no one knows the terms. The government keeps it as a secret. When borrowing, they do it in the name of development. But what happens; billions are looted from organizations leaving the burden to the taxpayer.

To complete their projects, they continue to borrow more money without bringing those that are accountable to book. The war on graft has hit the African continent and has become a trend which if not stopped, increased poverty levels and slowed economic growth will continue to ravage.

Africa is not a poor continent. If corruption and illicit outflows are stopped, more cash inflows will be witnessed. To achieve these foreign investors should allow African countries to manage their companies to reduce tax havens. Increased inflows will help reduce government borrowing. Besides, if the war on corruption is fought effectively, this means money will be appropriately accounted for, and more developments will be done which with time will make the entire continent developed.

What else do you think Africa should do to become developed and fight the looming poverty levels? Share your views below.

Infidelity on the rise! And Tanzania governor is out to curb...