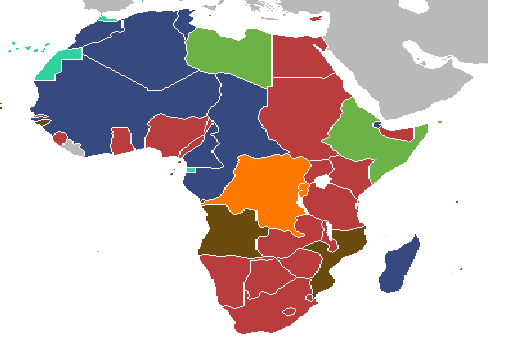 Foreign investment has over the years been the major source of investment inflow into the African continent. Africa continues to generate high interests’ from investors in the United States, European Union, and the BRIC (Brazil, Russia, India, and China). African governments’ revenues record many of their interests as gained from Foreign Direct Investment. Foreign Direct Investment (FDI), from a broader perspective, engages mergers and acquisitions, development of new investments, reinvestment of interests acquired from foreign operations, and investing in intra and foreign banking loans. In a bid to recover from the drawbacks that slumped Africa FDI inflow to a decline of 21% compared to the year 2016, African countries are implementing certain measures that will see foreign investments diversification rise to a higher margin in 2018 in order to increase foreign investors.

A recovery in commodity prices

Africa for the last two decades has statistically proven to be a commodity-reliant economy. According to James Zhan, the director of UNACTAD Division on Investment and Enterprise, Africa could create better FDI inflows by recovering in commodity pricing and through improving interregional cooperation; which can be achieved by the signing of Continental Free Trade Area Agreement.

An increment in the local sourcing of components

Foreign investments in the African continent have increased with the increase in local development of mining facilities. Africa prides herself with massive production of rich resources, for instance, gold, construction materials such as cement, and oil. FDI inflows from Belgium into the energy sector in Tunisia have shown a great recovery in the investment in local industries. Investment from Italy capitals in developing the Sankofa gas field in Cote d’ Ivoire is expected to create a rise in FDI in 2018.

An increase in foreign investments in the light manufacturing industry, for example, will result in a high gross domestic earning. Injection of IT firms into Africa such as Uber will expand the inflow of foreign investment.

Increasing banking relations with foreign financial facilities such as China will lead to a recovery of the financial sector as has been the case in Morocco. Uber operations have also increased in countries such as Morocco and Egypt.

The balance of outflow and inflow in the FDI can result in good relations between the African government and the foreign investors. Reduction in government investment spending, for instance, will lead to fiscal consolidation and economic diversification. This, in turn, will attract foreign investors to develop or expand investments in Africa.

In countries such as North and South Sudan, implementing interregional agreements so that most rich oil fields can be accessible by investors would lead to a high inflow of foreign investments.

Introduction of investor window in a bid to return the slumber hit on FDI in the previous year. This measure has been implemented in Nigeria and the country has experienced a recovery of investments in the oil production facilities.

Economic diversification from the production of one commodity to another could also attract foreign investment into Africa. Zambia, for instance, has diversified from production of copper to development of a cement plant in a joint venture between China and her government.

Geographical diversification inflows to Africa could, on the other hand, attract new investors from different foreign countries. This has seen investors from China and India compete with investors hailing from the United States, France, Italy, and the United Kingdom.

Introduction of tax incentives towards foreign investment can enable foreign investors to access the African market easily. In Kenya, for example, has enabled IT firms such as MTN, Intact Software Co., Boeing, Microsoft, and Oracle to expand their investments in the country.

How to Prepare for the United States Visa Interview