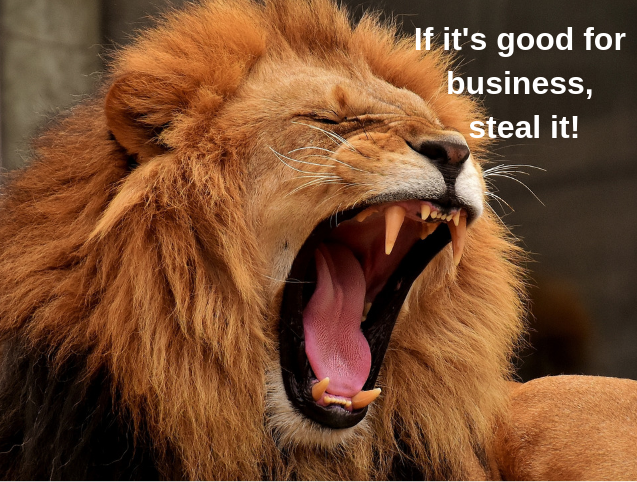 The lion king, an iconic movie that made its way into the market in 1994. And if you’ve watched the video before, you’d agree that it’s epic, entertaining, and full of some moral lessons.

With the movie comes the phrase “Hakuna Matata” which means no worries or no problems.

Yes, the phrase can help you regain hope especially if you’re going through some difficult times in life.

Enough said about the movie — You love it, I love it, we all love. Everyone seems to enjoy the Lion King.

But let’s look at the business side of things because that’s where things get interesting. Here’s where we’ve got to check if we truly need to worry or not.

Disney, the film production company that launched the Swahili phrase “Hakuna Matata” into global relevance have claimed ownership of the famous phrase.

It hurts. But that’s the reality of things in our world — the animation company has trademark rights to the phrase.

To some of you that don’t understand the implication of this action, here’s what it means.

The 1994 Lion King animation was a huge success. And just like every savvy business company, Disney animation resolved to take it a little further.

The first animation generated over $968 million in box office — that’s a huge sum of money, and Disney wants more from where that came from.

Therefore, a live-action version of the animation is set to be released this summer.

The thing is, Disney animation seems to heed to their advice, or rather the advice of Mufasa, Simba’s father and King of the pride.

At the beginning of the movie, Mufasa said: “Everything the light touches is our kingdom…”.

However, in reality, that statement translates to “every phrase our movie touches is our own, and we have the trademark rights for it.”

Well, not bad! They practice what they preach.

The theft of the Swahili phrase shows a couple of things about Africans, and we’ve got to take it seriously.

First, it shows that the average African Joe is not well informed, and we are not keeping up with the things happening around the world.

What’s more, the company renews the rights every ten years.

You see, it’s not new. But why did we choose to be silent these years?

Why has there been no intentional outcry over these years?

Your guess may be right — the African community might have been ignorant over the trademark policies.

After all, we just saw an epic movie. So why bother where the phrase is gotten from and all the legal processes behind it.

Here’s the thing — without the media hype around the live action version of the animation that’s set to be released this summer, we would never have looked into it.

Disney has had the trademark rights on the phrase for over two decades without any form of resistance. And this brings us to the second point.

The average African got no clue on how to legally protect his/her intellectual property.

The Mushrooms popularized the phrase “Hakuna Matata” in 1984. Did the Disney company seek any form of permission from the band before using the phrase in their movie?

Well, just like several other young African stars, maybe the Mushrooms released a hot and trending hit in their era, made some good bucks, and that’s all!

By definition, if the band must have protected the phrase as their Intellectual property, maybe we wouldn’t have been having this conversation.

Finally, the international media outcry shows that Africans are waking up — we are tired of mediocrity. And maybe — just maybe, we’re growing the guts to challenge the evils from the western nations.

This, my friend, is a good sign, and we should build on it!

All in all, the West has proven once more on how easy it is to steal resources, jobs, language, and come out unchallenged in Africa.

Who knows what they are planning to steal next?

How Africa can attract foreign investors