Home Blog & Buzz Africa, Dictatorship, and the Rule of Law 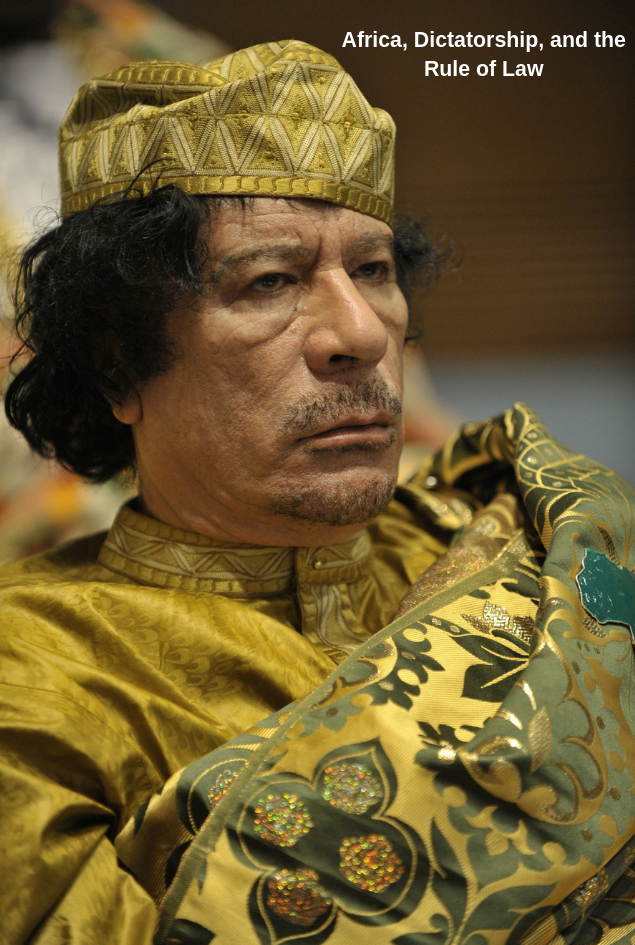 Series of events have been happening in Sudan in recent times. Last week, the Sudanese people witnessed a military coup, and the military has vowed to uproot the regime.

Just like every single coup that has taken place in African soil, the military promised to fight corruption, respect human rights, and monitor the transition to a civilian rule.

If you’re pretty good with history, you’d know that it’s the same old drama that’s been played out here.

Don’t get it wrong — the Sudanese people deserve the best. And Democracy seems to be the best viable option for a better government.

In Africa, we’ve seen dozens of dictators come and go — it’s not the first time, and it won’t be the last time a dictator would be thrown out of the seat.

There are a couple of dictators remaining in Africa. But the good thing is, some are dressed in angelic robes and can easily pass as the Messiah. A single visit to Rwanda would reveal a lot of things about a dictator dressed in an angelic robe.

Africa is not the only place where you’d see dictatorship. A typical instance is during the Nazi era when Adolf Hitler desired to conquer and rule the world.

Hitler was ambitious. Wasn’t he? And that’s the differentiating factor between foreign dictators and African dictators.

Dictators like Hitler desired the best for his people — he wanted to rule the world and make Germany become a world superpower.

Back home in Africa, the dictators seem to have a simple game plan — an unambitious objective.

All they usually desire is to use military power to shut down their people and rule over a small, impoverished land. A land where people are living below the poverty line and hunger is the norm of the day.

Thoughts of world domination and improving the educational and scientific prowess of their people seems to be out their objective.

Guess what? With the high poverty level in the nation, dictators in Africa would be found on Television stations preaching the fight against corruption gospel and letting the world know that they’ve made significant progress to rid their nation of the corrupt lords.

A thorough look into the details would reveal the truth — dictators and most African leaders seem to bask in the aura of corruption. Their wealth and good fortune are made possible by corruption.

Yes, most African leaders, if given an opportunity would transform into dictators. And the gullible masses seems to be satisfied with the peanuts that are always thrown at them from the high tables.

Luckily, the masses seem to have awakened. They are beginning to see the light and what’s achievable when they make bold moves.

The mass revolution in Zimbabwe and Sudan has shown that the people in Africa has what it takes to command their destinies and demand the right leadership from the authorities.

The era of elite dictators like Robert Mugabe and Omar al-Bashir is over.

Hopefully, it would send the right message to the other breeds of African dictators.

Aside from dictatorship, another factor that’s limiting the growth of Africa is the system of recycled leadership. Nigeria seems to be the forerunner in the game of recycling old leaders to run the government.

If Africa is to move forward and uphold the rule of law, then we must fight against all forms of dictatorship and leadership recycling.

Until then, let’s keep fighting.

Working Full Time In College: False Myths You Should Ignore