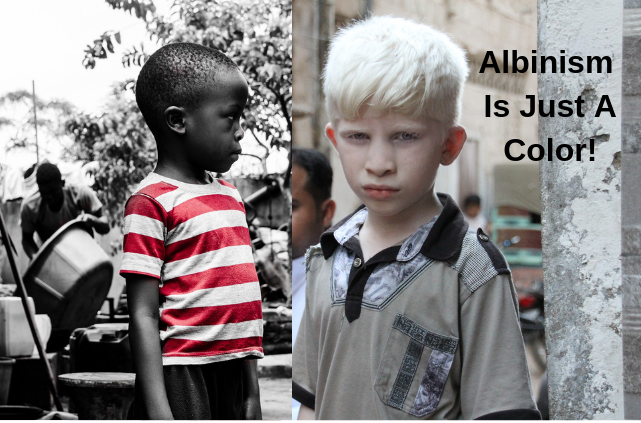 Witchcraft and other forms of black magic can be found in any part of the world. However, in Africa, there is a little twist to it.

Many Africans today still believe that quick wealth and fame can be easily accessed through black magic. And as such, they’re willing to do anything to attain such societal status.

The rush for fame and the widespread of black magic has made albinos an endangered species in Africa.

In parts of Africa like Tanzania and Malawi, albinos are being hunted like animals, and they’re treated like some magic item that could bring good fortune to the bearer.

In Tanzania, most locals believe that possession of albino body parts is a straight path to good fortune. This false belief system makes albinos be at alert for their lives.

This false belief system coupled with a high level of poverty in most African nation give rise to a very lucrative black market for the sale of albino parts.

Well, you decide — that’s a story for another day.

People who practice magic claim that it’s a channel to express oneself and experience the ultimate connection with nature. But in Africa, the story is entirely different.

Just like the way people see public offices, magic is seen as a source of quick wealth and fame.

Ideally, there is no correlation between body parts, wealth and good fortune.

However, it’s alarming to see a massive population of Africans wallow in the false mindset of quick wealth, black magic, and overnight fame.

The reason is not far fetched — there’s poverty in the land. And most people are willing to do anything in exchange for a good life.

If the economy of most African nations are good, and people have a good living condition, would there be the rapid spread of ritual activities? And would people be deceived by the delusion that human parts — especially those of albinos are a reliable source of wealth?

In the European nations where the living standard is somewhat good, and the government makes policies with the people in mind, individual rarely indulge themselves in such superstition.

You see, superstitions strive in areas where there is poor living standard. The poorer the citizens are, the more superstitious they become.

Maybe humans (especially humans of African origin) tend not to accept responsibility for their lives.

It’s either the will of the gods or something extraordinary.

Africa and Albinism — The way Forward

In Africa, people see albinism as a curse from the gods, a cure for HIV, and a sign of infidelity. There is much superstitious belief about albinism, but the worse is the belief that albinos possess magic powers that could lead to wealth and fame.

However, albinism is just skin color — nothing more!

Albinism is caused by the absence of pigment melanin, a pigment responsible for skin, eyes, and hair coloration.

The downside of albinism is that people living with it has a high chance of developing skin cancer and sight problems.

Aside from these health issues (which can be managed), albinism is perfectly normal. And people living with the absence of melanin are just like the rest of society.

Therefore, when next you see an albino, remember that they’re normal individuals like you and they’re also beautiful.