Home Blog & Buzz A White Yale Student Called The Police On A Black Student For... 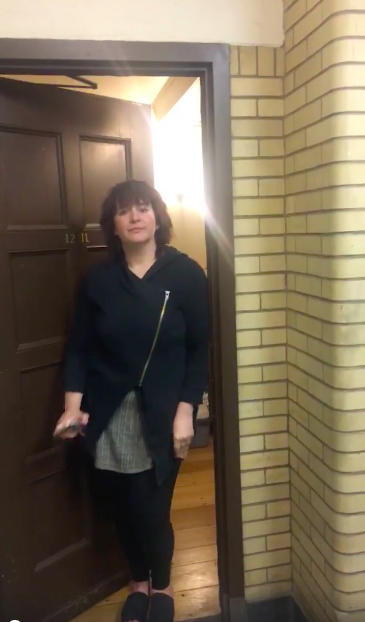 On Monday night, Yale graduate student Lolade Siyonbola was working on her final paper at the Hall of Graduate Studies. After a few hours of studying, she fell asleep in her dorm’s common room. Sarah Braasch-a white Yale student- had walked in on Siyonbola napping. She then decided to call the police.

In her own exact words, Siyonbola “did not belong there”.

The entire incident was captured by Siyonbola and broadcasted on Facebook live. Since having been published on Monday, it has since racked up over a million views and hundreds of thousands of comments- the bulk of which express solidarity with Siyonbola.

But according to her, this wasn’t the first time that Braasch had called the police on a black student. A few month prior, Braasch verbally harassed one of Siyonbola’s black friends (who was also a Yale student) who had gotten lost in the building in search of his classmate’s room. After Braasch had repeatedly verbally assaulted the student and proclaimed that they too did not ‘belong there’, she called the police.

Sadly, we all know that what happened on Monday isn’t an isolated incident. As we’ve seen with the Starbucks incident that occurred last month, we are continuously being made aware of the fact that the very act of just being black is seen as a threat. The ease in which Braasch felt comfortable enough calling the authorities on a sleeping, black body who posed NO physical threat, represents quite frankly the epitome of white privilege.

Miraculously, this particular incident involving the authorities did not result in a dead black body, which we’ve seen happen with Trayvon Martin, Mike Brown, Stephon Clarke…the list goes on. But clearly, those cases weren’t enough to register in Braasch’s head that the act of calling the authorities on a black person is enough to endanger their livelihood.

Aside from the blatant act of racial profiling, the events that occurred on Monday night also represent the ongoing issue of inclusivity for students of color at educational institutions like Yale. Universities have an obligation to protect their minority students from flagrant acts of harassment such as what we witnessed in the video. Braasch made it clear on numerous occasions that people like Siyonbola did not belong at the institution, nor were they welcome. And we all know that Siyonbola is just one of countless black students who experience microaggressions and racial discrimination from other students on the daily.

Sticking a couple of brown and black kids on the homepage of an institution’s website just isn’t enough. Yeah, it may perpetuate the myth of diversity actually existing at said institution, but what good does having ‘diversity’ do when students of color can be harassed without any form of repercussions? Sadly, although this is the first episode of ‘napping while black’ that I’ve personally seen, I’m sure it won’t be the last.