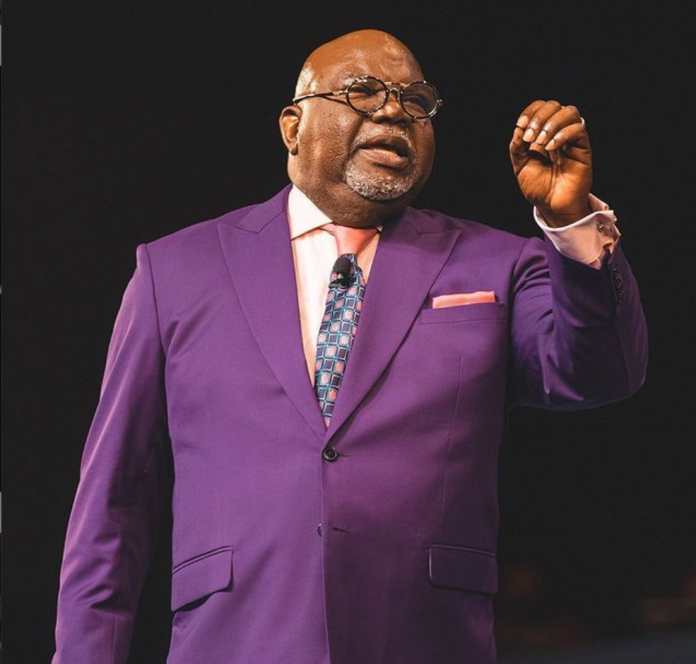 Unlike traditional Christianity, contemporary Christianity emphasizes ending social injustice and striving to change the world. In the same way, it considers servitude to God as a thing of the heart. Hence, it takes having a personal relationship with God to understand that Christianity is far from religion.

These five most influential spiritual leaders, irrespective of denomination, have being a blessing to our lives through the leading of the gospel of Christ. Their legacies and impacts are not limited to preaching and converting souls but building a healthy and sustainable community that thrive in all areas. These leaders have nothing short of an overwhelming passion for christ, which is evident in their lifestyle.

Are you eager to know who these influential spiritual leaders are and why? Below is the list;

Bishop Jakes’s spine-thrilling blend of gospel resonates with millions of followers. He is a senior leader of the Potter’s House, a non-denominational megachurch in Dallas, Texas. As a modern-day spiritual leader, He uses his pioneering vision to serve others beyond the church.

With a sincere approach to the gospel, Bishop Jakes ministry transformed from a storefront operation to a Potter’s House, reaching millions of people from all nationalities. However, His career also got a significant boost, with numerous recognitions. Some of which are the “America’s Best Preacher” by Time Magazine in 2001 and Most Influential Preachers” by The New York Times.

Bishop Jakes remains a charismatic influencer and best-selling Author yet a humble man.

You May also like: Top Five African Preachers Causing Waves in the World

Samiel Adeyemi is a dynamic author and senior pastor of the Daystar Christian Centre in Lagos, Nigeria. He is called Pastor Sam by a lot of people. As a leading voice in propagating the gospel, He aims to maximize potentials by raising role models with community impact projects.

With outstanding educational success in Masters and Doctorate in leadership, Samuel believes leadership can positively influence people to achieve their goals. In a past interview with TheGuardian, Pastor Samuel dwell extensively on the meaning of leadership. And why mentoring is a critical ingredient that every gospel personality needs to emulate.

As a result of his global relevance, He was interviewed by Forbes Africa magazine on the essence of “Ethics and Business”. However, Pastor Sam amassed millions of followers because of his unending thirst for adding value to people’s lives both spiritually and physically. In addition, He is an influential global speaker and founder of Global leadership consultancy.

Paul Adefarasin is one of the foremost spiritual leaders taking Christianity beyond the shores of Nigeria. As a senior leader of the House of the Rock Church, Paul is a committed member of the inter-faith movement. The movement aims to promote religious understanding and encourage tolerance on the continent of Africa and beyond.

He is currently the Lead Regional Co-Chair of the Africa Cabinet. The most significant relational network of leaders of Spirit-Empowered Churches in the world.

According to Forbes Africa, Paul Adefarasin emerged as the best influential personality of the year in August 2021. Paul is a creative innovator who conceived and delivered The experience music concert, an annual event. With millions of viewership across 100 countries and territories, it has become the largest musical concert in Africa since then.

Chris Oyakhilome is the founder and Senior Pastor of LoveWorld Inc., also known as Christ Embassy. He is globally prominent for healings and miracles. His sermons are translated into over 100 languages and have inspired millions of people to the church.

The Chris Embassy Loveworld reaches lives with diverse ministerial materials such as daily devotional, healing school, Loved World TV, and many other platforms. He is likewise known for divine messages and philanthropic works.

With over 60 years of proclaiming the gospel, Bishop Blake served as the presiding bishop for the Church of God in Christ. The Pentecostal denomination consists of about 8.8 million members. He oversees the West Angeles Church in Los Angeles, where he ministers and brings together people of various racial backgrounds.

Bishop Blakes is a renowned preacher in the Western United States and globally. Ebony magazine recognized Blake as one of the greatest preachers in the United States. Additionally, Blake founded Save Africa’s Children; this foundation provides orphan care programs across the continent of Africa.

This set of most influential spiritual leaders exemplifies the importance of personal relationships with God in career, spirituality, and accomplishments. To them, spirituality does not limit growth; instead, it’s an opportunity to explore and reach as many people with the gospel and extensively contribute to societal growth.